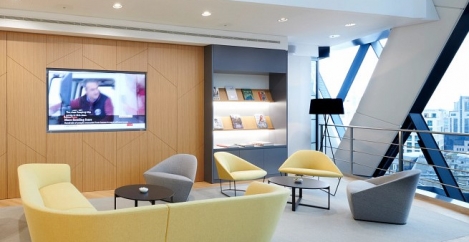 It`s not just businesses that need to wake up to changes in the way we work. Governments do too 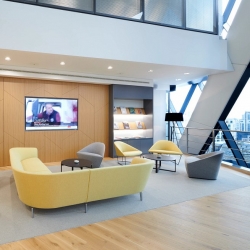 We have come a long way since the government began encouraging home working in March, ahead of the national lockdown. It seems wildly naïve now to assume that we would all be back in the office two or three weeks later as if nothing had ever happened. After many months of mixed messages regarding ‘stay at home’ versus ‘go back to work’, many business owners and employees quite rightly feel that the whole process seems like one step forward, two steps back. And yet, one thing that has become clear for all office-based businesses is that working life has changed forever.

In my role as Managing Director of the British Contract Furnishing Association, we were all too aware of the effects that deserting the office can have on so many businesses. Our membership consists of the contract furnishing manufacturers responsible for supplying workplace furniture to  offices up and down the country, supporting thousands of British manufacturing jobs and generating an excess of £2 billion in annual sales. As you can imagine, much of their work stopped almost immediately when the first lockdown began and whilst all our members reopened as soon as they could, many are still only operating at about 60 percent – 70 percent compared to last year.

Add to that the various businesses which rely on office workers such as restaurants, coffee shops and local pubs, and the situation is deeply worrying. A walk through the City of London at present shows painfully its ghost town characteristics bereft of people the people who are its beating heart – dashing outside to grab a sandwich on the way to their next meeting, or heading to a pub for a quick drink before home.

The need to act now

There are obvious benefits to home working, such as the lack of commuting and more family time, however one thing which we heard time and time again (and experienced ourselves as people formerly based in an office), was that working from home had just as many disadvantages as office life, albeit different ones. We all now know the frustrations of a bad Wifi connection on a Zoom call, or the fact that there is no real difference at present between ‘work’ and ‘home’, leading people to feel always ‘on’ and having to seem available at all times. With that in mind, we commissioned the most comprehensive independent report to date to examine the future of the office and office workers.

Perhaps surprisingly, the results didn’t indicate that pure homeworking would be the best way forward for businesses and their workers. Indeed, the vast majority of workers surveyed didn’t want to work purely from home. The results instead indicated a clear desire for a mixed approach to where people work. Overwhelmingly, people welcomed the idea of combining working from home with key times or regular days to be in the office. Rather than presenteeism, the desire to be office-based stemmed largely around wanting to prevent isolation whilst also encouraging the engagement, creativity and teamwork which is hard to emulate on a video call.

30 percent of remote workers say they struggle with loneliness and close to half said that home working kept them worrying about work even after hours, indicating a worrying trend in terms of mental health. Many expressed frustration with technology issues as a major source of stress. However most welcomed the idea of having the option between home and office-based work, with 84% saying that they would want to meet with their direct team in person on a regular basis. In fact, 90 percent of employees welcome flexible working arrangements – a fact which was largely ignored pre-pandemic.

This year has demonstrated how successful many businesses can be with employees working remotely, to the point where many such as Twitter and Fujitsu have announced that working from home will be allowed forever or as standard practice. Home working has definitely lost its negative, outdated image of employees sitting at home doing nothing. In fact, one study found that 85 percent of businesses confirmed productivity increased as a result of having greater flexibility with work locations.

The report puts beyond doubt that the way people work is going to change. There will not be a sudden rush back to office working and businesses should be using this time to consider what this means for their own organisations and employees, whether that be changing to a different office which prioritizes breakout areas and socializing space over rows and rows of identical desks, or deciding how best to address the support and mental health implications which can arise from long-term home working and isolation.

Government, on the other hand, faces a different dilemma. If the office of the future does not guarantee the same levels of footfall at city centre shops and cafes, this will have major implications for the economy and employment levels. Officials needs to take the impact of the changed office landscape into account as they make policy decisions for the future – whether this be with regard to city planning or to helping office-reliant businesses through this transition.

We need to act now in order to be ready for the return to the office, whatever form that may take.