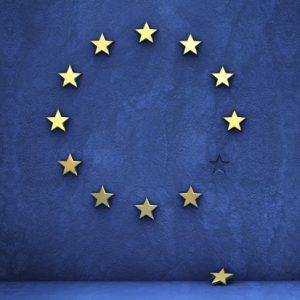 A survey of 1,257 British workers claims that job insecurity has more than doubled since the decision to leave the EU, with the percentage of those feeling insecure in their jobs rising from 5 percent to 13 percent. According to the study from Office Genie, for those who felt secure, Brexit has also done considerable damage: job security levels have dipped by 17 percent. Pre-referendum, 70 percent of workers felt secure in their job, now just over half (58 percent) feel secure. Nearly three quarters (70 percent) of the workforce believe it’s an employer’s duty to calm Brexit-related distress. 54 percent of workplaces have experienced such concerns but only 31 percent of these employers chose to comfort staff.

When asked how best employers should calm fears, the major solution that came out was informing employees of any impending updates: 76 percent of workers thought this would be of benefit. Offering flexible working (25 percent) and one-to-one managerial support (20 percent) were also seen as potential ways to ease worries. Nearly one in ten respondents even believed counselling should be offered in way of support.

Sarah Sutton, Head of People Development at Genie Ventures, offers the following insight on the matter: “Brexit has left a lot of people feeling uncertain about the future of the UK and what it will be like as a place to work in the coming years. Therefore it makes sense that it’s not only EU nationals that are feeling insecure in their jobs, but UK citizens too.

“Employers should aim to tell staff about any new regulations coming into place. They should also offer reassurance, either in an address to all staff or on a one-to-one basis. While noone can be sure what the exact outcomes will be, employers can tell their employees that nothing will change in the short term and steps will be taken to minimise any negative implications. I’d recommend employers inform EU nationals how to apply for both permanent residence status and UK residency if they are eligible.

“With Brexit being a potentially divisive issue, it may also be worth reminding staff of your policies regarding discrimination and bullying in the workplace ensuring all workers are treated with dignity and respect at all times.”