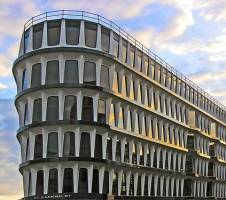 The latest fourteen buildings to be listed as part of the Post-War Commercial Buildings Project have been announced by the UK Government’s Department for Culture, Media and Sport. The project was initiated by English Heritage in 2011 as a way of recognising the significance and diversity of commercial buildings and acknowledging their unique proneness to change. According to English Heritage the latest fourteen Grade II listed entries (as well as a number of others assessed but deemed of lesser significance) also highlight how the design of commercial buildings reflected the changing world of work up to the cut off point of 1984. Although the projects are predominantly in the South East, there are listings for commercial buildings in Leeds, Newcastle-upon-Tyne and Birmingham. 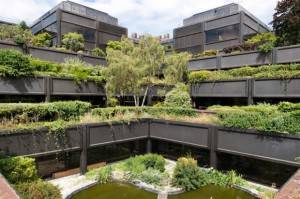 According to English Heritage: “office buildings shape the face of our cities and today’s listings have ensured that this area of architectural achievement is recognised for future generations. Listing helps the nation acknowledge and understand its shared history. It marks and celebrates a building’s special architectural and historic interest, and also brings it under the consideration of the planning system, so that some thought will be given to its future when change is underway. Buildings generally become eligible for listing once they pass 30 years from the start of construction, and the earlier on owners can establish whether their building is likely to become listed, the earlier on they can start to plan. This is particularly desirable with commercial buildings which are especially prone to frequent adaptation.” 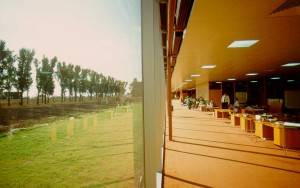 Roger Bowdler, Director of Designation at English Heritage, said:  “The clearer we can be about what deserves to be listed, the better for all. These offices show how architecture has adapted to recent radical changes in how we work: they show how the open-plan working space for computer-led work came about, and how architects responded to the need for lettable, attractive spaces with ingenuity and a deep understanding of human needs. Our project has aimed to deliver certainty for owners, while adding to the range of those key buildings which are protected by law. These are all remarkable designs, capable of years of commercially vibrant use. The project has been notable for its extensive research, and for close dialogue with owners.”

From an original shortlist of 23, the 14 buildings listed at Grade II announced are:

The buildings that were fully assessed but not recommended for listing were: