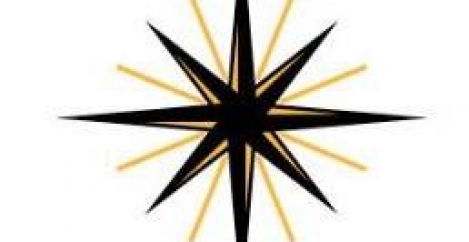 Leading with purpose is the signature strength of a great leader 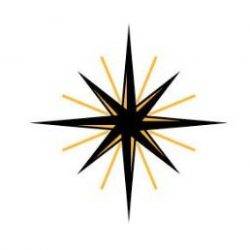 David was a reluctant leader. We were introduced through his HR Director; however, he was not happy to see me. He didn’t believe in personal development and he didn’t want to spend time with a coach. He also didn’t have a lot of choice as he’d recently attended an assessment centre to inform his future and there were some consistent themes about his leadership style that needed to be addressed. Key comments included his hypercritical style that would cut people down, unrealistic pace that gave people no time to deliver quality and a tendency to be overly directive which would crush people’s freedom.

Know your past to understand your future

Early in our relationship I asked him about his philosophy about leadership to learn why he did what he did and what he thought about the value of his role. It was a short conversation. David’s response was that he wasn’t a leader, he was a technocrat (although he was already accountable for over 3,000 people), and his role was to deliver the numbers. I realized that going head on into leadership was not the answer. I suggested that we step back and explore what had shaped his career so far and to explore implications for his future. He agreed and quickly told me that his life had been uneventful and therefore it would be a short conversation. Two hours later we were still in the middle of running through David’s life experience and we had to reschedule for the next day. Three more hours and David had painted a rich picture of his lifeline and the impact on his career and leadership.

There were three key values that stood out from his story – doing the right thing, setting high standards and getting the job done. These were paramount for David, strongly influenced by his father who had been a significant role model. When we looked at his purpose David was less clear. He knew that he thrived on change and challenging the status quo. He was at his best when required to achieve stretching targets. He was passionate about showing loyalty to others, including friends and family. We explored his purpose until he arrived at an end point, ”Being a creator of opportunity”. This resonated wholeheartedly and ignited his fire.

I asked David what it would be like if rather than thinking traditionally about adopting a leadership role he committed to being purpose-led? He was unsure at first because it didn’t seem tangible enough. I followed up by challenging him to define what being purpose-led would look like if he was to follow being a creator of opportunity on a daily basis? He described the following:

• seek new horizons for the company to grow;
• encourage people to develop and succeed;
• embrace problems as a way to learn and continuously improve;
• build relationships to develop better outcomes;
• stay energized to be at the top of his game;
• leave a legacy for the company, products and people to be in a better place than when he arrived.

By connecting with the evidence of being purpose-led, David tapped into his own internal drive to be the best he could be. I then asked him to consider what would happen if these six factors became the backbone of his own leadership framework. He got it. For the first time David was able to make an authentic linkage between what was most important to him and leadership, rather than it appearing like a dry theoretical concept.

Next, we evolved his framework into a living and breathing way of leading. We created a map which gave him the clarity about what his leadership could look like:

David found that by putting his purpose at the heart of his leadership he was able to integrate what was most important for him and remove previous conflict about how to lead.

What is your purpose?

Purpose is the catalyst for personal meaning and reason for being. Your purpose is the glue that binds teams together and the inspiration that enables organizations to outperform. It is the meeting point between your passion and your talent. When you are on purpose you unlock the necessary skillset to thrive in today’s complex world.

So, what is your purpose? To discover your purpose requires an open mind and a genuine willingness focused on peak experiences in your life. Here are three steps to help you find your purpose:

1. Identify peak moments. Ask yourself, when have you been at your best? Most fulfilled? Happiest? For instance, playing sports, travelling the world, hitting goals.
2. Make meaning. What was it about these events that made them so significant? For example, unleashing passion, learning new things and achieving success.
3. Define your why. Reflect upon why your big themes inspire you and how you would describe your ultimate reason for existence.

Once you have found your purpose you are in a position to define what success would look like to be purpose-led. Translating your success measures into actions enables you to lead with purpose every-day. This will become what you are known for, what you are appreciated for and what will bring you ultimate fulfilment.

Ben Renshaw is a leadership thinker, speaker, coach and author of eight books, including  LEAD! and SuperCoaching. https://www.benrenshaw.com  His new book, Purpose, is now available.