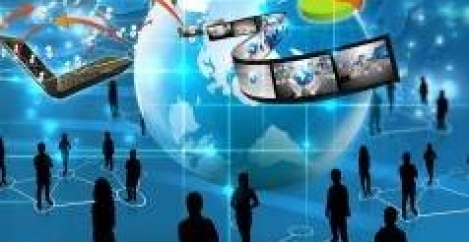 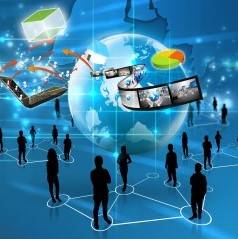 The digital era, ageing populations, skills shortages, and unpredictable political and economic contexts are persuading multinationals to focus more on mobile talent, new ways of working and assessing the cost of expatriate packages for international employees that are critical to the future of work. This is according to Mercer’s 24th annual Cost of Living Survey which reveals that factors such as instability of housing markets and fluctuating inflation, currencies and prices for goods and services, are impacting the cost of doing business in various cities around the world. UK cities have significantly risen in the ranking this year.

London has jumped 10 places (from 29 to 19) and is now one of the world’s 20 costliest cities for expatriates. Birmingham (128) has risen 19 places and Aberdeen (134) has risen 12 places in this year’s ranking. The reason for this is mainly due to a strengthening of the pound against the US dollar. Belfast (152) jumped eighteen spots, and Aberdeen (134) climbed twelve places from its previous ranking. London jumped ten spots to rank 19.

“With technology advances and the importance of a globally connected workforce, deploying talent remains a key component of a multinational’s business strategy,” said Ilya Bonic, President of Mercer’s Career business. “While a mobile workforce allows organisations to achieve greater efficiency, utilise top talent, and be cost effective with international projects, volatile markets and slowing economic growth in many parts of the world require them to carefully assess expatriate remuneration packages.”

Mercer’s survey claims that Hong Kong has passed Luanda to take the top spot as the world’s most expensive city for expatriates. Tokyo and Zurich are in second and third positions, respectively, with Singapore in fourth, up one place from last year. This means that four out of five of the world’s most expensive cities for expatriates are now in Asia.

The survey is designed to help multinational companies and governments determine compensation strategies for their expatriate employees. New York City is used as the base city for all comparisons, and currency movements are measured against the US dollar. The survey includes over 375 cities throughout the world; this year’s ranking includes 209 cities across five continents and measures the comparative cost of more than 200 items in each location, including housing, transportation, food, clothing, household goods, and entertainment.

Europe, the Middle East, and Africa

Two European cities are among the top 10 list of most expensive cities. At number three in the global ranking, Zurich remains the most costly European city, followed by Bern (10). Geneva (11) is down four places from last year mainly due to a downward trend in the city’s housing market. Overall, Western European cities have all risen in the rankings, a result of strong local currencies against the US dollar and the cost of goods and services. In particular, cities in Germany experienced some of this year’s biggest surges in the ranking, with Frankfurt (68) and Berlin (71) jumping forty-nine spots while Munich (57) climbed forty-one places.

Other cities that jumped in the ranking include Paris (34), up twenty-eight places from last year, Rome (46), up thirty-four spots, Madrid (64), up forty-seven, and Vienna (39) up thirty-nine spots. Meanwhile, a few cities in Eastern and Central Europe, including Moscow (17), St. Petersburg (49), and Kiev (173), dropped four, fourteen, and ten spots, respectively, because of local currencies losing value against the US dollar.

Tel Aviv (16) continues to be the most expensive city in the Middle East for expatriates, followed by Dubai (26), Abu Dhabi (40), and Riyadh (45). Cairo (188) remains the least expensive city in the region. “On the whole, most Middle Eastern cities have dropped in the ranking, due to decreases in rental accommodation costs throughout the region,” said Yvonne Traber, Global Mobility Product Solutions Leader at Mercer.

Despite dropping off the top spot on the global list, Luanda, Angola (6) remains the highest-ranking city in Africa. N’Djamena (8) follows, rising seven places. Moving up fourteen spots, Libreville (18) is the next African city on the list, followed by Brazzaville, Congo (19), which is up eleven places. Rising ten spots, Tashkent (209) in Uzbekistan ranks as the least expensive city in the region and globally.

Cities in the United States have dropped in the ranking due to a steady pickup of the European economy, which triggered a decline of the US dollar against other major currencies worldwide. New York dropped four places to rank 13, the highest-ranked city in the region. San Francisco (28) and Los Angeles (35) dropped seven and twelve places, respectively, from last year, while Chicago (51) dropped twenty places. Among other major US cities, Washington, DC (56) is down seventeen places, and both Miami (60) and Boston (70) are down nineteen spots. Portland (130) and Winston Salem, North Carolina (161) remain the least expensive US cities surveyed for expatriates.

In South America, São Paolo (58) ranked as the costliest city despite a thirty-two place drop from last year. Santiago (69) followed as the second most expensive location. The majority of other cities in South America fell in the ranking despite price increases on goods and services in countries such as Brazil, Argentina, and Uruguay. In particular, Rio de Janeiro (99) plummeted forty-three spots. Lima (132) dropped twenty-eight places, while Bogota (168) fell fifteen places. Tegucigalpa (201) is the least expensive city in South America. Caracas in Venezuela has been excluded from the ranking due to the complex currency situation; its ranking would have varied greatly depending on the official exchange rate selected.

Although most Canadian cities dropped in the ranking, the country’s highest-ranked city, Toronto (109), jumped ten places due to an increase in expatriate rental accommodation costs. Vancouver (109) dropped two spots, while Montreal (147) and Calgary (154) fell eighteen and eleven spots, respectively.

This year, Hong Kong (1) emerged as the most expensive city for expatriates both in Asia and globally as a consequence of Luanda’s drop in the ranking due in part to the downward trend in the city’s housing market. Hong Kong is followed by Tokyo (2), Singapore (4), Seoul (5), Shanghai (7), and Beijing (9).

“Stronger Chinese monetary regulation, a flourishing economy and a push to have the Chinese Yuan as an international currency pushed Chinese cities up in the ranking,” said Ms. Traber. “However, significant surges in other locations worldwide caused Japanese cities, Osaka and Nagoya in particular, to fall in this year’s ranking.”

Australian cities have fallen in the ranking this year. Brisbane (84) and Perth (61) dropped thirteen and eleven spots, respectively, while Sydney (29), Australia’s most expensive ranked city for expatriates, experienced a relatively moderate drop of five places. Melbourne fell twelve spots to rank 58. “Cities in other countries moved up in the ranking, causing Australian cities to drop,” said Ms. Traber. “In general, cities that fall in the middle of the ranking are at greater risk of experiencing significant changes in their positions due to the movement of other cities.”

Leading with purpose is the signature strength of a great leader UK employers aim to accelerate digital innovation, despite some cultural resistance