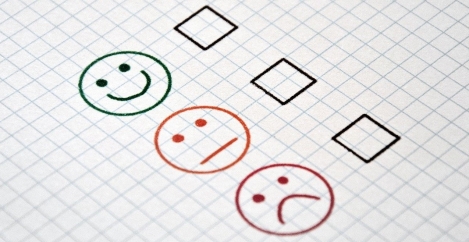 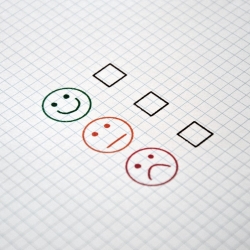 Huge changes in the world of work over the past 30 years have led to people having a greater attachment to their work, but also rising levels of stress and falling levels of control, which has coincided with low earners losing their ‘job satisfaction premium’ over higher paid colleagues, according to new research from think tank the Resolution Foundation.

Work Experiences – the latest report for The Economy 2030 Inquiry examines how people have experienced economic change via the jobs they do over the past 30 years, and what has driven these shifts. It notes that with work consuming the majority of many people’s waking hours, their experience of work can shape their wider well-being and living standards.

Despite huge changes over the past 30 years – from the growth of female, graduate and migrant workers, to the decline of manufacturing and overhaul of HR and management practices – the report claims that employees’ overall job satisfaction levels remained resilient at around 60 percent in the 1990s and 2000s, before falling to 52 percent immediately following the financial crisis and recovering slightly to 56 percent by 2017-2019.

However, this relative stability of overall job satisfaction masks a wide range of improvements and deteriorations in people’s experience of work.

Contrary to the popular narrative that people are increasingly trapped in worthless jobs, the report highlights that the proportion of employees who say their work is ‘helpful to others’ has actually increased (from 67 percent in 1989 to 79 percent in 2015). It goes on to find that more people say their job ‘offers prospects for advancement” (up from 22 to 35 percent over the same period), and that they are ‘proud of where they work’ (up from 77 to 86 percent between 1992 and 2017).

This sharp deterioration in low earners’ job satisfaction levels is likely to have been driven by rising levels of work intensity and stress, and falling levels of control over their work, says the Foundation. While all workers have been affected by these trends, as more people work in more stressful professional roles, low earners have been particularly exposed to them.

The report highlights that the share of employees who say they work ‘at very high speed’ for most of the time has increased from 23 to 45 percent between 1992 and 2017, as has the proportion of employees that say they feel ‘used up at the end of the day’ (up from 20 to 29 percent, with an even bigger increase among female workers).

Work Experiences also identifies a related cause of stress at work, the sharp decline in workers having a say over the decisions that change how their work is done. This decline has been particularly stark for low earners – falling 44 to 27 percent between 1992 and 2017.

With the 2020s set to usher in another period of change in workplaces – driven by Covid, Brexit, and rising automation among other factors – the Foundation says the impact of workplace shifts should be measured not just in terms of pay and productivity, but workers’ job satisfaction and well-being too.

It adds that policy makers must address issues for low earners beyond the minimum wage, such as the lack of control over the work they do, and that firms looking for productivity gains are unlikely to find them by simply driving their workers even harder.

Krishan Shah, Researcher at the Resolution Foundation, said: “The world of work has changed completely over the past 30 years – from the decline of manufacturing to the growing use of computers, as well as new HR and management practises.

“While some commentators have decried this as the rise of so-called “B*llshit Jobs”, in fact workers appear to have a greater sense of pride and purpose in the jobs they do today.

“However, work has also become more intense and stressful in recent decades, particularly for Britain’s low earners. This has had a ‘levelling down’ effect across Britain’s workplaces, with low earners losing the ‘job satisfaction premium’ they once enjoyed over higher paid staff.

“As Britain edges towards a post-pandemic economy, we need to focus more on these wider measures of job satisfaction if we’re to boost workers’ well-being, as well as their pay. Low earners in particular need to have a greater say over the work they do.”