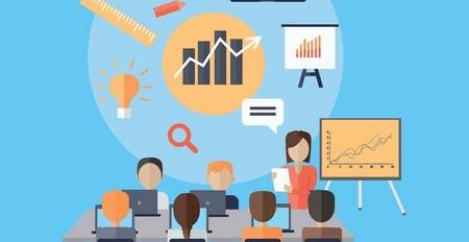 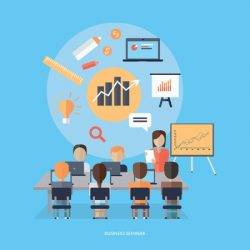 The vast majority (98 percent) of UK employees think learning is essential in deciding to stay or leave their employer, yet new research claims that three quarters (75 percent) of companies don’t have a learning culture and 66 percent don’t have a digital learning strategy. The research from Bridge in collaboration with Two Heads Consulting, finds that most businesses in the UK are struggling to engender a culture that prioritises learning and development with only 25 percent of HR staff saying their organisations have a learning culture. In comparison, three quarters of companies don’t have one at all (11 percent), are still trying to establish one (59 percent) or report it is not a priority (5 percent). Furthermore, despite recognising its importance, 60 percent of UK companies don’t measure the impact of learning on business performance. Employees also complain that their performance reviews are ill thought out and infrequent.

“While most employers recognise that good learning and development will positively impact business performance, our research shows that many are failing employees by not having the right tools in place to achieve this,” said Kenny Nicholl, General Manager, EMEA at Instructure. “The good news is that employees are hungry to learn, but organisations need to provide more effective and measurable employee development to foster a more engaged, loyal and productive workforce.”

In the face of a well-documented skills shortage, organisations in the UK will need to spend an extra £527 million to attract the right talent over the next year. Bridge’s study shows that there is a real opportunity for companies to capitalise on employees’ desire to learn, as seven in ten workers (70 percent) say that development opportunities are a decisive factor in choosing where to work.

However, the report also uncovers a significant disconnect between employees’ learning and their organisation’s strategic goals. While almost two in three (64 percent) UK workers understand what their company does, more than half (53 percent) don’t know how they contribute towards company goals.

When it comes to performance reviews, many employees feel they are not adequately served by either their company’s policies or their line managers. One in three (32 percent) workers never have any review meetings at all, and the same proportion (32 percent) only an annual appraisal.

Many employees who are engaged in a review process are often left feeling that it is not being taken as seriously as it could. Approaching a quarter (23 percent) of employees feel that their boss sees their appraisal as a “tick box” exercise, and one in seven (14 percent) say their line manager does little preparation or follow-up. One in ten (10 percent) say their supervisor ‘doesn’t have time’ for the process, while one in twelve (8 percent) say their reviewer is ‘directive’ and tells them what to do.

The research finds that many employees have a hunger for development, with more than seven in ten (72 percent) feeling that they need to learn more in order to do their job well and around the same proportion (70 percent) stating that learning is a essential motivating factor in choosing where to work.

However, they want their organisations to be flexible in their approaches to up skilling. Six in ten (60 percent) employees want to control how and when they learn, compared to just one in six (16 percent) who want their training and development to be dictated by the company and a quarter (24 percent) who want to undertake training on their own time.