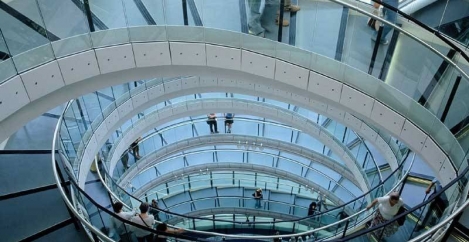 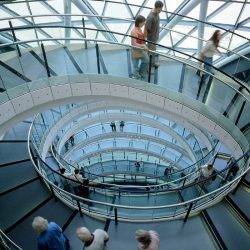 The Mayor of London, Sadiq Khan, has this week launched his Good Growth by Design programme to ‘enhance the design of buildings and neighbourhoods for all Londoners’. In a speech at the London School of Economics, the Mayor spoke of his vision for the future of London as the city’s population heads towards 10 million people. In what is claimed to be his first major intervention on this topic, the Mayor is calling on London’s architectural, design and built environment professions to help realise his vision of London as a city that is socially and economically inclusive as well as environmentally sustainable. According to the Mayor’s office, the Good Growth programme will leave a legacy of world-class buildings, outstanding public realm and large-scale regeneration for Londoners of the future.

To support the Mayor’s ambitions and ensure development across London is high-quality, inclusive and sustainable, 50 Design Advocates will work with City Hall and councils on the programme. The advocates include celebrated architects Sir David Adjaye OBE and Sadie Morgan, as well as influential fashion designer Wayne Hemingway MBE.

The Good Growth by Design programme intends to:

The Mayor of London, Sadiq Khan, said: “My vision for London is a city that enables all Londoners to reach their potential, a city that is inclusive and a city where growth brings benefits to communities. London is facing unprecedented population growth and with that comes challenging work, but also amazing opportunities to deliver a city that is socially integrated, sustainable, healthier, safer and with a world class public realm. We must embrace London’s rapid growth with both hands and take this chance to use good architecture and planning to make a real difference to the lives of Londoners. And this is a chance to learn from past mistakes, some of which are still dotted across our city, and blight the lives of the communities that live in them.

“We’ve already seen examples of where good growth can lead to a host of other benefits such as better social integration amongst different communities and generations, and new transport links transforming areas and local economies.

“One of the way I want to apply the principles of Good Growth is to re-balance development in London away from the high-price homes in central London towards more genuinely affordable homes for all Londoners.  This is just one of the ways in which Good Growth has the potential to transform London. This programme will ensure we make the most of London’s growth so that every community is able to share in the fruits of development.”

Sir David Adjaye OBE said: “Predictions of unprecedented growth within our capital urgently necessitate exceptional leadership and unparalleled design strategies in order for London to thrive as a successful and sustainable World city.  But how also do we create and shape a city that benefits everyone, a city with inclusivity and diversity at its heart?  These are one of the key challenges I will relish working on with Mayor Khan, my fellow Design Advocates and the citizens that live, work and visit our great capital and it will be an absolute honour to play a part in re-imagining London’s future.”

Wayne Hemingway MBE said: “I’ve been a designer working in London since 1980 and have seen the city benefit no end from design and witnessed the UK design industry go from being considered in many quarters to being a bit of fluff to being rightly recognised as one of the most dynamic drivers of our economy . I am looking forward to putting these 37 years to good practice as a Mayors Design Advocate.”

Sadie Morgan said: “For me, London is the greatest city in the world, but it will only prosper if it is fit for the next century and beyond. With pressure on the world’s natural resources increasing, architects and designers can help government create a future that is sustainable and which encourages the next generation to flourish and prosper; a beautiful city whose residents are housed well and safely, in which travel is accessible and affordable, the air is clean, and where the public realm is truly for the public good.

“I have spent my professional career advocating the importance of good design. I’m absolutely delighted to be chosen as one of the Mayor’s Design Advocates, and will continue to make the case that people and place should be at the forefront of our thinking when designing our built environment.