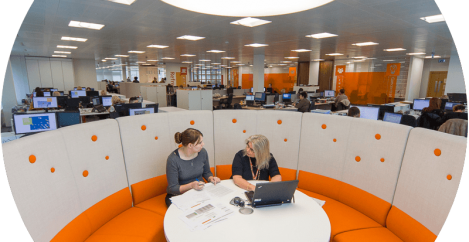 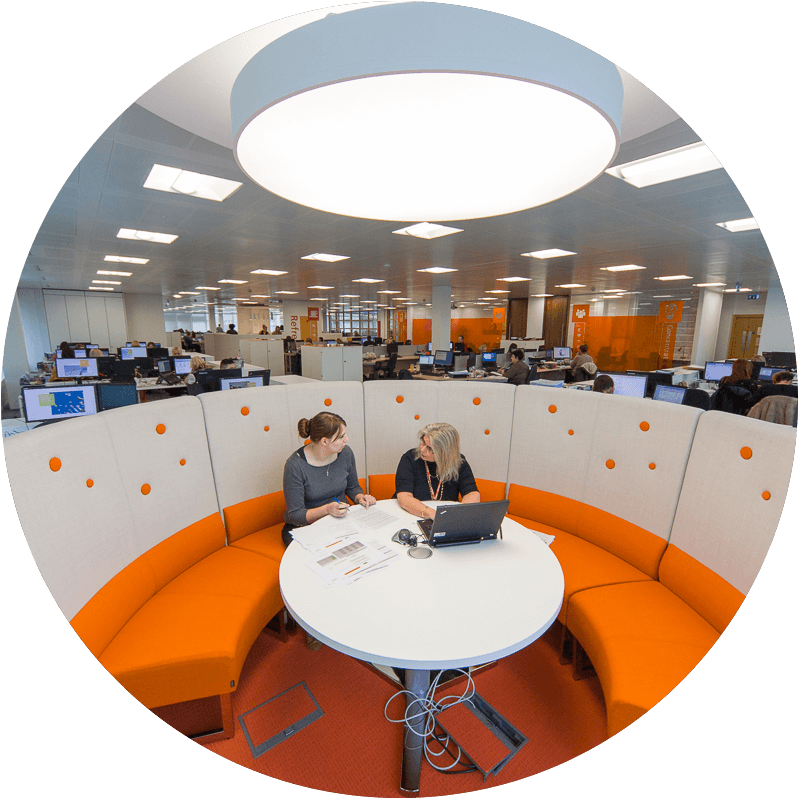 Human beings are hardwired to be creatures of habit. From birth, we learn behaviours and develop routines that are reinforced over time through repetition. Researchers at MIT claim the neurons in our brains are responsible for this process. When someone begins a new activity a certain part of the brain kicks into gear, helping them to learn the exercise quickly. But once the action is repeated successfully, the scientists found, those same neurons only really come to life at the beginning and end of the activity. This is the reason that mundane tasks, like getting dressed or driving a car often feel like they’re performed on ‘autopilot’ and why breaking bad habits is so difficult, including those we develop in the workplace.

This explains why human beings continue to put up with uncomfortable, inefficient and disruptive offices. Fixed desks, badly designed furniture, rigid nine-to-five hours – if we had just arrived from Mars with mobile technology, the switch to newer, more flexible ways of working wouldn’t present the headache, for some organisations, that it does today. It’s the centuries of conditioning and our inability to break bad habits that make the necessary change so difficult.

New ways of working – particularly those that encourage greater mobility – can transform the people’s workplace experience for the better – and, in turn, deliver truly transformational benefits to the wider organisation. For their part, the corporate real estate and facilities management communities are yet to seize their opportunity in any meaningful way. CRE leaders could enhance the value they provide their organisations if they view workplace change for what it is: a catalyst for much bigger things.

Most M&A deals fail because leaders universally underestimate the time and energy it takes to merge the processes, cultures, behaviours and hardwired habits of the two separate organisations

Consider, for a moment, CRE’s role in mergers and acquisitions (M&A). Too many business leaders will only turn to their CRE teams after a merger to rationalise space and save money as part of a cost-out strategy. But bringing disparate teams under one roof after a merger is also an opportunity to modernise, unify cultures, boost employee mobility and introduce effective new technologies. All of this can be brought within a change management programme with a greater organisational and cultural change purpose, stretching well beyond bricks, clicks and mortar.

Most M&A deals fail because leaders universally underestimate the time and energy it takes to merge the processes, cultures, behaviours and hardwired habits of the two separate organisations. Next time a press statement announcing a merger proclaims the “shared synergies” of two organisations, consider whether the business leaders believe this applies to the people, workplace and ways of working, too.

Smart CRE leaders will consider how they can use the opportunity of property rationalisation as a means of stepping up a few gears and demonstrating their prowess in becoming business contributors – which will help to modernise technology, and unify and evolve workplace culture through their leadership of a space-triggered change.

If these elements aren’t ‘synergised’, the merger is far more likely to fail. Amazon’s 2017 acquisition of Whole Foods is said to have been fraught with difficulty due to a cultural clash of “tightness versus looseness” of culture. Since the deal, there have been reports of Whole Foods employees struggling to adapt to the technology company’s process-heavy and efficiency-driven demands. In this case, the challenge stems from the unique cultures and behaviours that have developed and undoubtedly pushed both businesses to be successful in their own right.

Think about an employee that had been with Whole Foods for 10 years. If you do the maths, you’ll see that such an employee had been exposed to Whole Foods culture, practices, processes and systems for over 1 million minutes, leading to deeply engrained habits and understandings. So, it takes a lot more than a few briefings, emails and a new instruction manual to help people new habits when the old ones are so ingrained.

It is vital that newly merged organisations find ways to unify the separate cultures. Mergers between professional businesses, for example, often result from a desire to leverage each other’s clients, increase innovation and encourage plenty of cross-selling. If an organisation is going to do that, however, it will have to create the conditions that make it possible. After the move, there should be lots of activities to help teams get to know each other so that those opportunities can form naturally. Social cohesion leads to trust, knowledge and client opportunity swapping, easy working and cross selling.

The way the CRE function manages the change should also reflect the vision of the new company. If the goal is to promote inclusiveness, openness and greater social cohesion – which is what Advanced Workplace Associate’s research tells us – then the change must be managed in a similar way. Those responsible for managing the workplace change will need to be open and honest, encourage friendly conversations, and plan social events to move the dial.

The aim should be to establish how the change is likely to impact individuals but also why it is necessary for the bigger picture – and what they themselves can get from the change. Of course, everyone is different, so each person has a different ‘win-loss equation’ from the change.

Once everyone’s questions have been answered – and organisations are armed with a more refined understanding about the change backed by statistical data  – a carefully selected community of ‘change champions’ should be formed and trained to be experts in the change and how people change. These teams will engage in deep conversations with  colleagues to help them understand the truth of their change and overcome their worries. They should also be supported by well-briefed leaders, who will be the conduit of the transformation.

Workplace change of this nature must also be understood as a trade-off. Some will see moving to a new, more mobile way of working as stripping people of things that they’ve become used to and comfortable with, but the new conditions will give them more choice over where they work, better access to colleagues, and the most effective tools to do their job. Old habits not only die hard but also influence people’s mental model of the world that keeps us all ‘safe’.

Finally, it is important to note that this kind of change doesn’t happen overnight. Too many CRE managers mistakenly believe that their role in the change management process is some communications activity, a few slides and the odd workshop – while the project team is disbanded way too soon. In this all-too-common scenario the space might have changed, but people will drift back to old patterns.

The mood music is changing, yet most organisations have the stereo on mute when it comes to implementing new ways of working that are designed to make people’s work experiences better, and even boost their productivity. CRE and workplace leaders should view moments in time like mergers as an opportunity to drive genuine transformations – though first they might have to break the organisational habits of a lifetime.