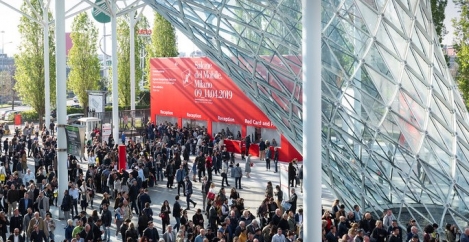 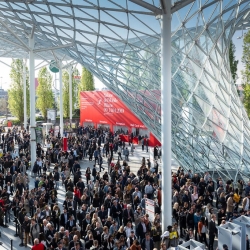 Following the recent announcement that the CIFF office design exhibition in Guangzhou was to be postponed because of the spread of the coronavirus, the latest event to be put on hold is the Salone del Mobile furniture fair in Milan. The organisers now think it will be possible to hold the event in June. The news comes following the outbreak of a number of cases of the disease in Italy.  In a statement, the organisers said: “confirmation of the change of date for the trade fair—strongly supported by the Mayor of Milan Giuseppe Sala—means that the manufacturers, in a major show of responsibility, will be able to present their finalized work to an international public that sees the annual appointment with the Salone del Mobile.Milano as a benchmark for creativity and design,” the fair said in a statement.

The decision has not been taken lightly. In 2019 the fair hosted over  380,000 visitors from around the world and provided a platform for more than 800 international exhibitors. But Italy has seen nearly 300 positive cases of COVID-19 so far, more than any other European country and large gatherings of people are now subject to restrictions and cancellation.

Other important events in Milan have made similar decisions in response to the outbreak. MIDO, the world’s biggest annual eyewear event, decided to push back the 50th installment of its annual fair from its original dates of February 29–March 2. Milan Fashion Week took place as scheduled last week, though Giorgio Armani hosted his runway show to an audience of zero after advising guests to watch a livestream of the event instead.