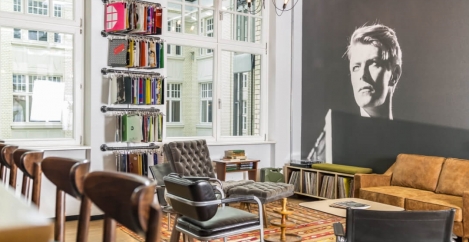 Mindspace signs up for two new locations in Berlin 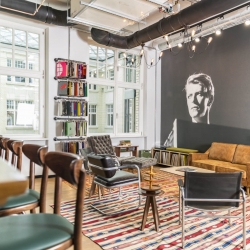 Flexible office provider Mindspace has announced it will occupy 7,000 square meters of office space, a lobby and several roof terraces in Berlin’s FÜRST. The landlord for the project is the FÜRST Projektgesellschaft. The premises are part of the first construction phase of the district development, which was already completed in October 2020 on Berlin’s well-known Kurfürstendammwith a total of 19,000 square meters of commercial space and an additional parking garage with more than 500 parking spaces. In addition, Mindspace has also announced the appointment of its new global VP of Real Estate and Projects, Ana Nekhamkin.

The FÜRST Projektgesellschaft is developing a site of 20,000 square meters in the prime Kurfürstendamm location in an area that extends over 97,000 square meters of commercial rental space for retail, office, lifestyle and art. Based on the design of the architectural firm Kleihues + Kleihues, in addition to the revitalisation of an entire block, a new public square will be created for Berlin’s City West.

With Ku’damm being one of the most important shopping streets in Germany, Mindspace secures yet another flex office of over 7,000 square meters in a AAA Berlin location.

Besides FÜRST, Mindspace is opening a second new location in Berlin on Zimmerstraße, which marks the 10th German location for  the company.  The two new locations in Kurfürstendamm and Zimmerstraße are scheduled to open in July 2022 and both will be close in proximity to the three existing Mindspace offices on Berlin’s Friedrichstraße, Skalitzer Straße and Krausenstraße (pictured).

The new Mindspace Zimmerstraße can be found at the historic border of the Berlin Wall and covers 4,500 square meters on eight floors.

“Germany is a key market for Mindspace and our expansion in Berlin is one of the many to come. Currently our occupancy rate in Germany is over 95 percent and in some cities, even more. Mindspace is on a path of growth and we’re excited to have such great partners by our side for the journey,” says Oliver Lehmann, General Manager Mindspace Germany.

Mindspace currently operates 32 locations in 17 cities, and following their recent funding of $72 million of equity capital, the company is following through on its promise to continue expanding its proven offerings to meet the high demand. A significant part of the expansion is planned for Germany, and specifically Berlin as it’s a hub for startups, tech companies and creatives.

Hybrid working means we have to make the most of our time in the office Home office falls short when it comes to amenities, say half of workers