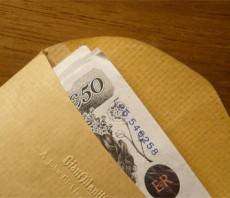 A new survey from the Chartered Institute of Building (CIOB) claims that the majority of professionals in the UK construction industry believe that corruption in the sector is commonplace. The survey, which can be downloaded in full here, found that over a third (35 percent) had personally been offered a bribe or some other form of inducement at some point in their career, while nearly two-thirds (65 percent) believed the offer of gifts and corporate hospitality to win contracts is commonplace. A similar proportion (38 percent) of respondents had come across anti-competitive practices on at least one occasion, and of those, 29 percent had experienced cartel activity in the year running up to the survey.

Some of the most commonly identified forms of corruption included billing for uncompleted work, collusion and cover pricing. The CIOB claims that there is a strong link between levels of corruption and the economic downturn which has encouraged some firms to find ways to increase margins and win business in unethical ways, although the authors of the report note that such practices also rely on the right cultural conditions in which to flourish. Half of those surveyed were unaware of a whistle blower policy at their firms and only 7 percent claimed to have used it themselves.

The report also casts doubt on the effectiveness of anti-corruption legislation such as the Bribery Act of 2010. CIOB deputy chief executive Michael Brown said: “Cultural practices and the consequences of the recession have placed a greater strain on companies to sometimes engage in adverse practices as a survival mechanism. If the UK is going to live up to its rhetoric of being touch on corruption, both the Government and industry must do more to show proof of progress.”