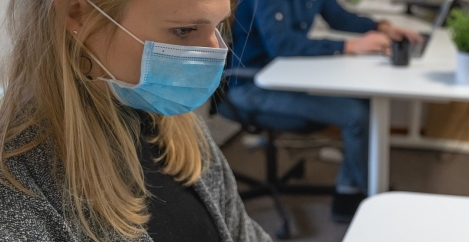 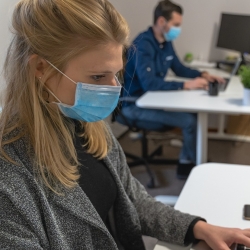 The latest research from MRI Software, claims that commercial occupiers’ willingness to allow all employees the choice to work remotely fell dramatically from 39 percent to 26 percent between March and September 2021. Seventy percent of survey respondents planned to institute policies that tighten up remote work eligibility and onsite requirements – up from 60 percent in March.

The research also claims that landlords’ apprehension over the rise of remote working increased significantly over the same period, with 43 percent concerned about its impact on their business compared to just 26 percent in March.

In carrying out the research, MRI partnered with CoreNet Global, to survey a group of close to 200 tenants and landlords from a range of industries globally.

The findings offer insights into post-pandemic views on the future of the office, with analysis contained in a full report entitled MRI Software Market Insights: Views from Real Estate Occupiers and Landlords on the Return to Office. The results suggest that, overall, nearly 80 percent of responding commercial occupiers have increased the availability of remote work. It also claims that 69 percent of respondents said that the worldwide shift to remote working during the pandemic has fundamentally changed their long-term approach to space usage – only slightly down from 71 percent in March.

“Many companies already made remote work available before the pandemic, but the mass shift to home working demonstrated to most businesses that staff and executive teams could continue to be productive outside of the office,” notes Brian Zrimsek, Industry Principal at MRI Software and author of the research report.

“Pandemic-driven technology adoption simplified the process of staying connected and collaborative, but organisations still recognise the benefit of bringing employees back to the office and offering hybrid work arrangements that support engagement, workplace culture and productivity.”

The report highlights that, as more employees are expected to return to the office, commercial occupiers’ views on the future of work continue to evolve. In fact, 57 percent of corporate tenants expect to have more than half of their workforce back in the office by the end of Q1 2022, while landlords were more optimistic, with 67 percent expecting the majority of workers to be back onsite by the end of Q4 2021.