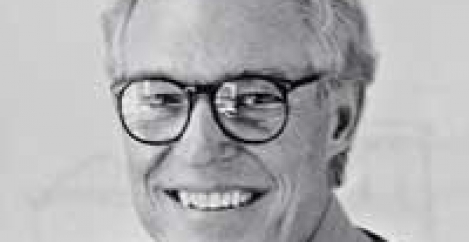 Niels Diffrient redefined what we know about ergonomics and office furniture 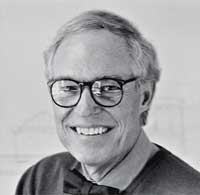 Niels Diffrient, who passed away over the weekend at the age of 84, did more than any other designer to further the principles of ergonomic design as we now understand them. He is perhaps best known for his work over the last two decades on seating for Humanscale, including the groundbreaking and truly iconic Freedom chair, but his interest in function and comfort predated that by some time. As far back as the 1950s, Diffrient was one of the first people to x-ray a human spine while its owner was sitting and moving in a chair. He discovered that people will generally adapt to whatever they are sitting on without adjusting the seat. To Diffrient this suggested that the chair should be designed to adapt to the person rather than the other way round.

He laid out these principles in a book published in three volumes in the 1970s and 1980s called Humanscale which argued that ergonomic design should not rely on providing the fixed factor in the ergonomic relationship – the human – with a manual that allowed it to adapt to the variable factor – the product. It seems obvious but it remains an idea that  some designers are not always prepared to accept.

In a New York Times interview from 2003, he explains that his interest in this area dated to his time working with the designer Henry Dreyfuss for the Singer Sewing Machine Company. ‘Dreyfuss introduced me to ‘human-factors engineering’ in 1955 – it’s now called ergonomics’ he said. ‘We worked on making the machines fit people. I had worked in Eero Saarinen’s office on furniture. I learned a lot from Eero. We didn’t know a lot about ergonomics then. We learned it, pardon the pun, by the seat of our pants.’

Diffrient was born in 1928 in a farmhouse in Mississippi. During the Great Depression his family relocated to Detroit, where Diffrient joined Cass Technical High School. He later studied Aeronautical Engineering at Cranbrook Academy Art. He spent some 25 years working with Dreyfuss before setting up his own practice in the early 1980s. Although his career saw him work on a wide range of products including computers, aircraft, corporate identity, and farm machinery, he is best known for his work on office furniture design and seating in particular.

Although he is best known for the office furniture products he developed with Humanscale, his core belief in seating that adapted to the user rather than the other way round was established with the chairs he designed for Knoll in 1979.

It was to be another 20 years before these principles helped to define the way we now view ergonomics. By 1998, the Aeron Chair from Herman Miller had completely reshaped the market for office seating and Diffrient was the ideal designer to take things on to the next level. His designs for the Freedom and Liberty Chair not only transformed the market but also the fortunes of Humanscale, catapulting the firm into competition with the global giants that had previously dominated the market.

This success may have come later in his life, but Diffrient was undoubtedly by then the right man at the right time. All that was needed was for the world to catch up with his ideas and principles.