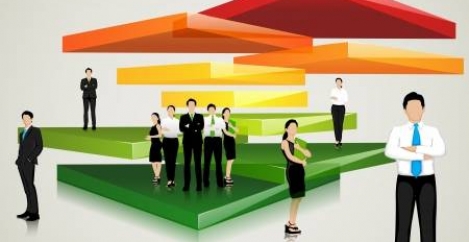 No matter how engaged they feel, key talent will leave for a fresh work challenge 0

Most employers buy into the idea that the more engaged their employees the likely they are to leave, but a new survey suggests that whether or not staff feel engaged or are happy with their salary, they won’t stay on board once they’re ready for a new work challenge. This is according to research by Korn Ferry which claims that the No. 1 reason professionals would hunt for a new job in 2017 is to seek a more challenging position, while the quest for greater compensation comes in almost dead last as a reason to leave. In the survey of nearly 2,000 professionals, nearly three-quarters (73 percent) said that if they plan on being in the job market this year, it’s because they’re looking for a challenge. Trailing far behind, 9 percent said they are looking because they either don’t like their company or their efforts aren’t being recognized, 5 percent say their compensation is too low, and 4 percent say they don’t like their boss.

“These results mirror study after study Korn Ferry has done that show money is not the key motivator for employees,” said Korn Ferry Senior Partner Kevin Cashman. “Professionals who have progressed in their careers have done so for a reason. They’re passionate about what they do and need to feel that they are being pushed professionally and continually learning new skills.”

“This is a clear signal for organizations. Offering challenging assignments and development opportunities to grow and learn are critical to keeping top-quality talent,” said Cashman.

The survey shows most professionals think 2017 is going to be a good year for extra compensation, as 75 percent of respondents say they expect to get a bonus this year, and 55 percent think it will be bigger than in 2016.

“While the survey shows compensation is not on the top of the list for personal drivers in the workplace, it is still critical to retention,” said Cashman. “Bonuses are a tangible way to reward professionals for a job well done, and should be considered in addition to promotions, development and a challenging work environment.

Excessive unpaid overtime contributing to worker’s stress levels, claims survey 1 in 10 UK workers has already ‘pulled a sickie’ and had a duvet day this year