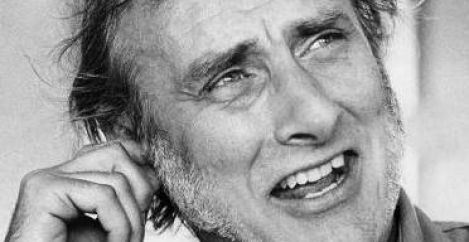 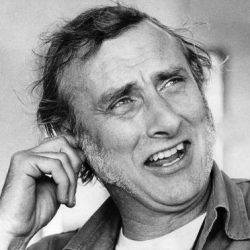 Over the past few years we’ve become more aware of the problems associated with the pace and clatter of modern life and not least among them its noise. Authors like Susan Cain have highlighted not only how distracting noise can be for everybody but how it affects different personality types in different ways. She is perhaps the world’s most high profile proponent of the idea that sometimes we need to work quietly and alone and is the author of Quiet: the power of introverts in a world that can’t stop talking and the person responsible for this now famous and archetypal TED Talk presented on the effects of sound and the need for more silence and privacy. But she is not alone in making these claims, nor is she the first person to do so and the warning signs have been around for quite some time. The first calls for people to heed the racket of modern life came at least a hundred years ago as we began the 20th Century transition to office based life with its distractions of noisy things and people.

In 1910, shortly before his death, a doctor called Robert Koch claimed that; “One day people will have to fight noise just as relentlessly as they fight cholera and plague.” And he knew the seriousness of this claim better than anybody. Koch was the Nobel prize winning founder of bacteriology as we know it and had discovered the organisms responsible for anthrax, cholera and tuberculosis.

As the 20th Century progressed and as we became better acquainted with the sources of the noise of modern living, the finger was soon pointed squarely at the machines that were coming to dominate our lives. The French-German sculptor and artist Jean Arp had no doubt where the problem lay. “Soon silence will have passed into legend,” he said. “Man has turned his back on silence. Day after day he invents machines and devices that increase noise and distract humanity from the essence of life, contemplation, meditation.”

Some thought the problem lay with particular uses of technology. The comedian Spike Milligan went on the TV Show Room 101 where he successfully attempted to consign Muzak to the dustbin of history. He was also a member of Pipedown, an organisation founded in the 1990s to campaign against the piping of background music and still going that has counted among its patrons Milligan, Joanna Lumley, Stephen Fry, Simon Rattle, Tom Conti, Lesley Garrett and Prunella Scales.

We have more than Muzak to worry about these days as well as a greater awareness of the potentially harmful physical and psychological effects of not only too much noise, but all of the distractions of technology. This was foreseen nearly 70 years ago by Aldous Huxley, one of the 20th Century’s great intellectuals, who bemoaned the multi-faceted din and distraction of technology in a 1946 essay called Science, Liberty and Peace in which he had the prescience to write:

“The twentieth century is, among other things, the Age of Noise. Physical noise, mental noise and noise of desire — we hold history’s record for all of them. And no wonder; for all the resources of our almost miraculous technology have been thrown into the current assault against silence.

That most popular and influential of all recent inventions, the radio is nothing but a conduit through which pre-fabricated din can flow into our homes. And this din goes far deeper, of course, than the eardrums. It penetrates the mind, filling it with a babel of distractions, blasts of corybantic or sentimental music, continually repeated doses of drama that bring no catharsis, but usually create a craving for daily or even hourly emotional enemas. And where, as in most countries, the broadcasting stations support themselves by selling time to advertisers, the noise is carried from the ear, through the realms of phantasy, knowledge and feeling to the ego’s core of wish and desire.

Spoken or printed, broadcast over the ether or on wood-pulp, all advertising copy has but one purpose — to prevent the will from ever achieving silence. Desirelessness is the condition of deliverance and illumination. The condition of an expanding and technologically progressive system of mass production is universal craving. Advertising is the organized effort to extend and intensify the workings of that force, which (as all the saints and teachers of all the higher religions have always taught) is the principal cause of suffering and wrong-doing and the greatest obstacle between the human soul and its Divine Ground.”

We may have become more aware of the kinds of problems highlighted by Huxley as well as their consequences for our productivity and wellbeing, but we have good reason to believe that we are moving to a greater understanding about how to strike a better balance between distraction and privacy, between noise and quiet. There are solutions we can apply in the workplace that are based partly on culture and partly on design. The important thing is to reclaim a degree of peace in a noisy world.

Additional 1.5 million people planning to trade the rat race for the gig economy Opening the door to a new workplace experience for everybody