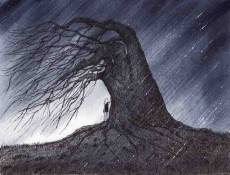 The challenge of providing the optimum level of acoustic performance in an office is one of those issues that everybody accepts is very important, has at least some understanding of and has a degree of awareness of the solutions. Yet it has proved to be one of those intractable issues that suffers both from some important misperceptions and which also has to be balanced against other challenges when it comes to designing offices, not least the most significant trend of the past twenty or thirty years, namely the shift to open plan working. At the same time we have seen a shrinking of workstation footprints and the greater use of mobile phones and other technology. All of these changes have focussed attention on workplace acoustics – currently one of the most talked about issues in the workplace, and visual privacy – one of the least talked about.

We’ve been aware of the associated problems for some time but now researchers at the University of Sydney have published the results of their report following a survey of nearly 43,000 US office workers in current issue of the Journal of Environmental Psychology. The researchers Jungsoo Kim and Richard de dear in the Faculty of Architecture at the University of Sydney applied their research to assess some of the most commonly held beliefs about open plan offices, especially the assumption that they ‘facilitate communication and interaction between co-workers, promoting workplace satisfaction and team-work effectiveness’.

What the research shows is that the thing that bothers people most about noise level per se but rather their lack of privacy, both in terms of hearing what other people are saying and having their own conversations overheard. While a quarter of the survey’s subjects said they were dissatisfied with the level of noise at work, over half of the huge sample of workers in open plan offices cited their lack of acoustic privacy as a major frustration at work. This made it easily the most important issue facing workers according in the survey.
In the context of the research, this goes against one of the arguments most commonly made in favour of open plan offices, namely that by opening up the workplace people are free to exchange information and ideas.

What happens in practice according to the Sydney researchers is that it is those workers with a higher degree of privacy who feel most likely to share with colleagues, safe in the knowledge that information is only going to those intended. The researchers conclude: “Our results categorically contradict the industry-accepted wisdom that open-plan layout enhances communication between colleagues and improves occupants’ overall work environmental satisfaction”.

This makes the point loudly and clearly that when it comes to making people more productive and happy, one of the most important things you can offer them is the right level of acoustic and visual privacy. They need to work with their colleagues and enjoy the benefits of interacting with other human beings but there is a better balance to be struck than the one many have right now.

Nigel Sikora is the managing director of Icon Screens. www.weknowscreens.com