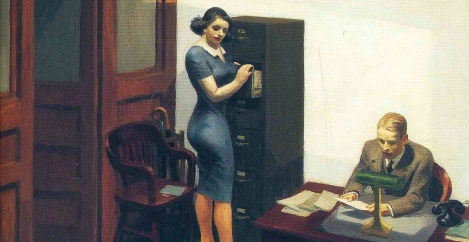 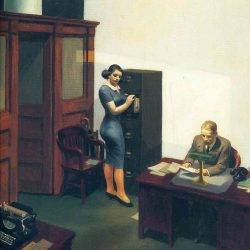 For their study, they recruited 52 employees from an organisation, given the pseudonym OpenCo1, and asked them to wear a device known as a sociometric badge every working day for three weeks before the workspace was opened up, then every working day for three weeks after the transition about three months later. The infrared sensor on the sociometric badge recorded when wearers were face-to-face with others, when a person was talking or listening to another using a microphone. Movement, location and posture were also monitored monitored spatial location using a Bluetooth sensor and accelerometer. Data was gathered in 10-millisecond intervals.

To quantify communication not occurring in person, the participants gave permission for the researchers to review the number of emails and instant messages (IMs) sent during those periods.

The second part of the study was a similar assessment of 100 employees at “OpenCo2”, except that these subjects were followed for eight weeks before and after the shift to open plan.

In both field studies, the data revealed that face-to-face interaction dropped substantially after the switch to un-walled workstations.

“Contrary to common belief,” the authors wrote, “the volume of face-to-face interaction decreased significantly in both cases, with an associated increase in electronic interaction. In short, rather than prompting increasingly vibrant face-to-face collaboration, open architecture appeared to trigger a natural human response to socially withdraw from officemates and interact instead over email and IM.”

The researchers conclude that an open plan office design may not be the means to achieve a more collaborative working environment.

“While it is possible to bring chemical substances together under specific conditions of temperature and pressure to form the desired compound, more factors seem to be at work in achieving a similar effect with humans. Until we understand those factors, we may be surprised to find a reduction in [face-to-face] collaboration at work even as we architect transparent, open spaces intended to increase it.”