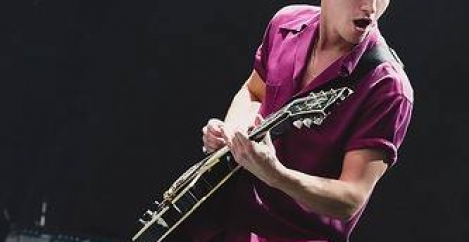 The top five songs about office life and office furniture 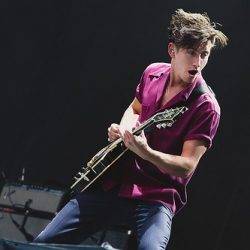 Too few musicians draw inspiration from the office or office furniture, and for very good reasons. The main one being that one of the main reason to get into rock and roll is to avoid a desk in the first place. Nevertheless, it’s worth saying that the office is routinely used as both a setting and a symbol in movies even if workplaces are generally seen as mundane or dehumanising in stark contrast to whatever troubled romance / disaster is befalling the protagonist. Offices are usually depicted as dystopian (Brazil), soul-destroying (Office Space, American Beauty) or a backdrop for whatever else is going on (name your own romcom).

Most musicians, on the other hand, shy away from office life in general and office furniture in particular. But not all. So here is a list of some of the greatest songs to deal with the arcane subject of office furniture. It won’t include anything by Dolly Parton or Sheena Easton (too obvious) nor  anything from the French composer Erik Satie’s genre of ‘furniture music’ because that wasn’t really anything to do with furniture, except in the sense of something that surrounds us all the time.

Stretching the point but definitely something for the weekend. Or at least something for those of you who might be moving office over a weekend. The Arctic Monkeys sing not only about office furniture, but inadvertently create the great rock anthem for the facilities manager – not to mention all those who on Monday will arrive into their offices following a refurb or relocation to find things are not quite as they once were or where they wanted them to be.

Through a chip pan fire fight

Go into business with a grizzly bear

Best known for songs such as Everybody’s Talkin’ and Without You, Nilsson is also fondly remembered for a remarkable vocal range, an unwillingness to tour and being the drinking buddy of both John Lennon and Keith Moon (now there’s a night out). Nilsson’s songbook is idiosyncratic in a way belied by his best known songs. In Good Old Desk, he might be singing about a venerable piece of furniture but then again the initials of the song title might suggest he’s singing about something else entirely.

My old desk does an arabesque,

In the morning when I arrive.

To keep my hopes alive.

Such a comfort to know it’s got no place to go,

It’s the one thing I’ve got, a huge success,

Britpop pioneers and Bowie tribute act Suede followed the great movie tradition of using office furniture as a thing from which we need to escape in pursuit of something more interesting in their 1997 number six hit Saturday Night.

Oh  whatever makes her happy on a Saturday night

Today she’s been sat there  sat there in a black chair, office furniture,

but it’ll be alright, ’cause tonight we’ll go drinking we’ll do silly things.

As suggested by the designer Roger Carr,  Cubicles by American rock band (don’t call us emos!) My Chemical Romance is about the lonely disassociated world of the (unrequited) love sick office cubicle dweller. According to Roger ‘it’s a tough listen after Harry Nilsson’s desk related joy and his close personal relationship with either a lump of wood or God depending on your point of view, but the MCR track might at least help to explain the possibly futile desire to escape the cubicle.’

And I’m only two cubes down

I’d photocopy all the things that we could be

If you took the time to notice me

But you can’t now, I don’t blame you

And it’s not your fault that no one ever does

In the tradition of the great chroniclers of American life, Tom Waits is both poet and storyteller. In Frank’s Wild Years, a prose poem from his seminal 1983 album Swordfishtrombones, the subject of the track is in a dead-end job (selling used office furniture), in a dead end town with a dead end wife and her dog, which he loathes. It’s all grim but then again Waits does cover the gamut of human experience.

Well Frank settled down in the Valley

and he hung his wild years

on a nail that he drove through

out there on San Fernando Road

Why a Google office simply does not work for everybody Open plan offices may discourage communication, claims new study