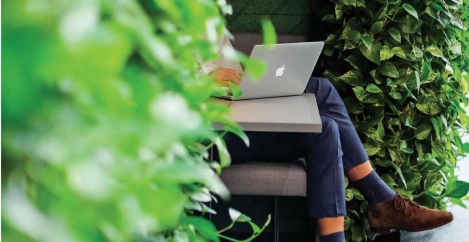 Out of the shadows – and staying out? 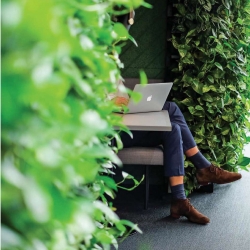 Our understanding of the positive contribution a fantastic workplace can make to the people and organisations that inhabit them has come a long way since the Hawthorne experiments almost a hundred years ago. The conclusions of the study were that the physical workplace was a mere hygiene factor, able to make little difference. Claims to its almost mystical powers we frequently hear today would have been unthinkable for the majority of the century that the workplace spent in the shadows.

The problem is we seem to have an awkward habit of blowing it just when we’ve made a breakthrough. Bürolandschaft, the landscaped forerunner of today’s activity-based workplace, petered out into convenient cubicle farms. The urban-scale social democratic workplace found new ways to reinforce traditional non-democratic structures.

The promised liberation of telework saw us creating imaginary colleagues to alleviate the desperate loneliness. More recently the agile workplace has flung us to the isolated corners of a random furniture showroom where instead of collaborating intensely, the unbearable faff needed to make it happen means we don’t bother. All in the name of choice. And, of course, everyone now hates ‘open plan’, which has kindly offered to accept responsibility for every one of these squandered dreams.

Yet much has improved. Workplace is now at the heart of the wellbeing agenda, recognised as a significant contributor (you still have to do the right thing too, of course, it doesn’t do it all for you). We have to really go some now to screw it up completely – we’ve come a long way with the quality of design and the response from furniture industry, despite the ubiquity of the filament lightbulb.

We now put the human at the centre of (most of) our design thinking (despite what Dr Craig Knight says) with the exception again of the filament lightbulb. And we understand that intelligent, yet non-invasive, technology is important for every phase, from making our case through to sustaining an effective workplace. We’re finally grasping that workplace is a perpetual challenge, not just a one-off event.

Some issue remain, however. We still often don’t look beyond the end of our noses. As with, for example, the compete misunderstanding within the workplace industry of the contribution HR might make that could be established with five not-too-taxing minutes of research. It would be fairer on them and us.

First, between virtual and physical space. We expect the same things to happen in both, and they don’t. Like serendipitous encounters, which are far more likely to happen in cyberspace than at the intersection of two walkways or in the deliberately extended lunch queue. We have to understand both spheres equally, how they each operate and how they relate.

Second, between the physical workplace and the organisational culture of which it is a part. We still see ‘workplace’ as a static reality. Change remains the last frontier for our profession, so prevalent and yet so often misunderstood and over-complicated, applied as a downstream patch and destined to fail. It has the potential to weave together people and space, yet mostly it forces people into space. We just lump more formulaic instruction on when it does it work, to find it still doesn’t work. We have to develop and refine our approach to cultural change.

Third, between the three key stages of the property lifecycle: real estate, workplace and FM. Vast swathes of no-man’s land still separate the solitudes. They live and work and think and act in entirely different spheres. Even within the big property companies this is still the modular reality. We can’t let this continue; we have to be more integrated.

We have by no means said it all, nor answered all the questions.

So now that workplace has finally been recognised as more than a hygiene factor, securing investment with comparative ease in support of wellbeing programmes, supported by a flourishing design and fit-out industry, enabled by emerging technologies, we have to make sure we don’t blow it again. That requires us to think critically, use our eyes and ears, and accept nothing we can’t substantiate. As Nietzsche said, ‘all great things destroy themselves from within’. We are just as likely to ensure that happens through doing nothing as we are from doing something damaging. Complacency is the biggest threat to the workplace industry.

The newly launched IN magazine provides an opportunity for an edgy, intelligent and analytical approach. It has the potential to benefit us individually as professionals and as an industry, to equip us with the thinking needed to build on the hard-won gains of several decades of committed effort and passionate belief. We’ve worked tirelessly to get to this point.

So please – read it, share it and contribute. You have something important to say. It’s in the interests of us all. We succeed together, or not at all.