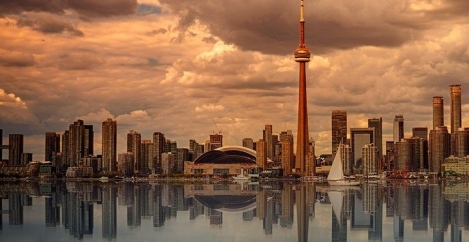 Smart cities will be defined by a number of key characteristics 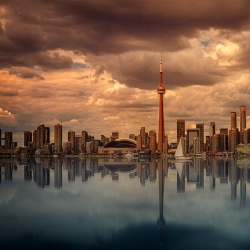 The future infrastructure of smart cities will rely on the analysis of data relayed by the sensors in buildings, infrastructure, transportation and power grids; enabling city authorities to make critical decisions in real-time, according to GlobalData’s latest report, ‘Smart cities – Thematic Research’ (paywall).

The report claims that the foundation of future success will be smart city applications and platforms, whose governance, agility, and flexibility will be what makes a smart city smart.

Listed below are the key macroeconomic trends in smart cities, as identified by GlobalData.

The term ‘smart city’ implies a strong focus on technology, but most ambitious cities recognize that becoming smart is about the benefits it brings to humans. Instead of being driven by technology, leaders of smart cities now understand that technology is only the enabler for reaching governmental, economic and societal goals.

From capex to opex

There are currently several ways in which a smart city can get access to finance and funding: through bonds, taxation or even central government grants. Local government’s familiar, tried and tested capital expenditure (capex) route will be replaced by alternative hybrid approaches that are a mix of capex and operating expenditure (opex).

Not just cities, but communities

Smart cities are typically larger urban centers, but the use of the term is evolving to include communities of all sizes. The goal is not only to create smarter urban areas but also to foster connections between communities. Intelligent communities adopt technology, but do not actively make it their focus. Instead, they seek to find vision-driven, community-based solutions to their most urgent problems.

Cities have typically built specific, siloed applications such as surveillance cameras, lighting or traffic sensors. In 2020, a base infrastructure will be built from which all smart city applications will be supported. Cities will also work with Internet of Things (IoT) and networking vendors to develop long-term plans that can support both existing technology and future developments.

Regional collaboration to develop smart cities is taking place, especially in Asia. The Association of Southeast Asian Nations (ASEAN) members want to follow China and South Korea’s lead and increase their adoption of technology in urban areas. Japan is wielding its influence with 200 Japanese companies and organizations offering services to ASEAN states. Projects have been proposed in 26 cities, including Hanoi’s plan to develop a smart traffic control system and Mandalay’s introduction of a system to analyze and manage traffic data.

The decline of master plans

New York and Boston are among a group of cities that have moved away from developing rigid, city-wide digital master plans. Boston too does not have a technology-specific strategic plan, while West Hollywood and Montreal have also highlighted the need to have living, rather than static, strategy documents.

Boston has signaled that large cities have had enough of ineffective pilot projects. Boston, in its Smart Cities Playbook, told suppliers that if a new technology or data set can help to solve a specific problem for a segment of Boston’s population, then city staff would be open to learning more.

Master new tech before it masters you

Many city planners find themselves on the back foot, reacting to new technology that finds its way onto city streets and sidewalks. San Francisco, for example, has become a testing ground for a range of technologies that the city’s existing regulatory infrastructure was not equipped to oversee. San Francisco created an Office of Emerging Technology backed with $250,000 funding, giving tech companies and regulators a platform to manage the introduction of new technology.

Sidewalk Labs’ approach for Toronto (pictured) is top-down, whereas Barcelona’s longstanding urban development offers an opposing bottom-up model and a more citizen-centric alternative. Barcelona has stipulated that the city’s data belongs to its citizens. A smart cities routes to becoming smart will depend on their size, history, geography, culture, and economic situation.

People management may be the biggest barrier to overseas growth Out of the shadows – and staying out?