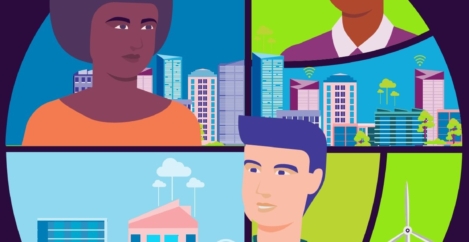 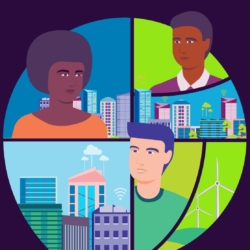 Today’s city living is falling short of citizens’ increased expectations in the digital age. This is according to a new report from the Capgemini Research Institute that explored responses from 10,000 citizens and over 300 city officials across 10 countries and 58 cities. It found that many citizens are frustrated with the current set up of the city in which they live and are prepared to show their opinion by leaving for a more digitally advanced city. On average, 40 percent of residents may leave their city in the future due to a variety of pain points including digital frustrations.

The report “Street Smart: Putting the citizen at the centre of Smart City initiatives” reveals that more than half of citizens (58 percent) perceive smart cities as sustainable and that they provide a better quality of urban services (57 percent). That explains why more than a third of them (36 percent) are willing to pay more for this enriched urban existence. However, serious challenges to implementation exist, particularly in terms of data and funding.

Capgemini claims that only one in ten city officials say they are in the advanced stages of implementing a smart city vision, and less than a quarter (only 22 percent) have begun implementing smart city initiatives – a particular challenge as two-thirds of the world’s population is expected to live in a city by 2050, with the number of megacities set to rise from 33 today to 43 by 203o. Moreover, there is a considerable global desire for smart cities among citizens, meaning an accelerated approach would be well received.

According to the report, sustainability is of increased importance for urbanites. Citizens find challenges such as pollution (42 percent) and of lack of sustainability initiatives (36 percent) a major concern and may leave their city as a result. However, over the past three years, 42 percent of city officials say that sustainability initiatives have lagged, and 41 percent say their cities becoming unsustainable over the next 5-10 years is one of the top five consequences of not adopting digital technology.

Although smart cities can solve some of the traditional pain points experienced in cities, such as public transport and security, serious challenges to implementation exist. Data is central to smart city optimisation, yet 63 percent of global citizens say the privacy of their personal data is more important than superior urban services. Meanwhile, almost 70 percent of city officials say that funding their budget is a major challenge, and 68 percent of officials say they struggle to access and build the digital platforms needed to develop smart city initiatives. From a citizens’ perspective, 54 percent think BigTech firms would provide better urban services than those currently in place.

Matthias Wieckmann, Head of Digital Strategy, City of Hamburg, says: “When considering a smart city initiative, it is best to start with small uses cases that can be tested before expanding and securing visibility and viability for funding. For city officials early in their journey, smaller solutions will help pave the way faster rather than starting with a big overall solution. It is also easier to find acceptance, support and finance for projects this way.”

Smart Cities can help to address pandemics, Capgemini has found that as the world tackles COVID-19, city officials are using technology to address some of the challenges faced. 68 percent of city officials have found that digital initiatives like apps which connect people to healthcare facilities or provide remote patient monitoring are helping them to manage the crisis.

The city of Bengaluru, India, repurposed its command centre into a ‘war room’ to follow patients and draw up containment plans using heat mapping technologies. In Rome, airport staff are using smart helmets with augmented reality and thermal scanners to screen multiple visitors simultaneously while maintaining a safe distance.

Innovative technology – and the funds to innovate and deliver – will not in themselves create a smart city. Collaboration between stakeholders like local government officials, citizens, and third parties including start-ups, academic institutes or venture capital funds is key.

To that extent, Capgemini recommends a three-phased approach for city officials:

Pierre-Adrien Hanania, Capgemini’s Global Offer Leader for AI in the Public Sector, says: “Smart city perception and status have become an important differentiator for citizens. It has become crucial for city planners and officials to realise that the citizens are the smartest asset a city has and to put them at the centre of smart city initiatives. City officials must work to ensure that technology-led interventions give people the experience and quality of life that they want and need.

“By doing so, cities will avoid their inhabitants leaving for another city and will enhance their digitisation pathway, benefiting of the willingness of citizen to invest in their home. Furthermore, smart initiatives allow cities to be more resilient to challenges like COVID-19 but to achieve that, it is key to federate both the data environment and the city’s stakeholders in order to shape the blueprint of their city together – putting sustainability, data privacy and the city’s DNA at its core.”