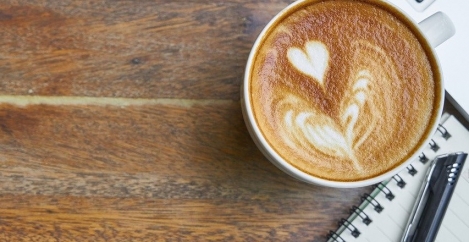 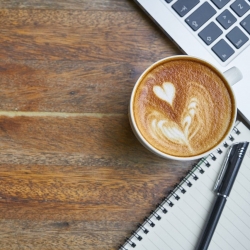 Britons are keen to continue with low-carbon lifestyle choices adopted during lockdown, according to research by Cardiff University and The University of Manchester. Two wide-ranging surveys conducted by the UK Centre for Climate and Social Transformation (CAST), which is coordinated by Cardiff University, suggested lockdown had upended people’s habits, from buying and travelling less, to reduced energy use and cutting down on food waste.

Particularly striking was people’s intentions to cut down on flying for holidays and the large increase in support for limiting flying to tackle climate change, said the researchers. They were also surprised to find the level of public concern over climate change had increased – rather than decreased – during the global pandemic.

The researchers said the results suggested lockdown had disrupted people’s habits and they are urging policy-makers to seize upon this “unique moment of change”. The two UK-wide surveys, outlined in a CAST briefing paper, were carried out during lockdown in May with more than 1,800 respondents.

Professor Lorraine Whitmarsh, director of CAST, said: “Our surveys demonstrate that lockdown has provided the public with opportunities to try out low-carbon behaviours – like working and socialising online, spending more time on creative hobbies and gardening, buying less, and cutting food waste – and many are keen to continue with these behaviours once restrictions are lifted.

“Particularly striking – given that aviation is a significant and growing contributor to climate change – is the desire to reduce flying for holidays and the large increase in support for limiting flying to tackle climate change.  Consistent with other research showing the public strongly supports a green recovery from Covid-19, our studies highlight that policy-makers need to act now to lock in low-carbon routines that people have adopted during lockdown and avoid people slipping back into their old, high-carbon ways.”

The research – which claims to be the first to draw together the impact of the pandemic on lifestyles and attitudes to climate change – found:

The researchers said they had expected to see a drop in climate concern because worries over one major issue can reduce concern over other issues; for example, in the wake of the financial crisis of 2008 there was a dramatic decline in belief in climate change.

But this research found the opposite – it found that perceived urgency of tackling climate change was higher during the pandemic than in August last year (74 percent up from 62 percent seeing it as ‘extremely high’ or ‘high’ level of urgency). In fact, concern about Covid-19 was only slightly greater than climate change concern (90 percent versus 82 percent, much higher than other concerns, including Brexit at 57 percent).

Dr Claire Hoolohan, Research Fellow at The University of Manchester, said: “Covid-19 may be the most profound disruption to lifestyles in living memory, and the measures imposed to respond to the pandemic have fundamentally affected how people live, work, socialise and care for one and other. With it, we’ve had space to examine the consequences of disruption, for example, the removal of temporal commitments like the school run and typical working hours.

“Our findings illustrate that the restructuring of everyday life that has occurred since lockdown was implemented has allowed low-carbon practices to take hold. However, people’s experiences have varied intensely. Though our research found that many felt aspects of lockdown were enjoyable, we also found that others experienced feelings of stress and guilt while trying to balance caring responsibilities and work.

“The question that faces society now, is how do we recover from Covid-19 in a way that means society is healthier, happier and more sustainable than before. This is a challenge that policy-makers, businesses, and other organisation must all rise to if we are to lock-in low-carbon lifestyles.”

The researchers will conduct follow-up surveys when lockdown is fully lifted to understand the longer-term impacts.