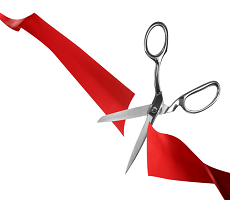 One of the key policies of the Coalition Government is its Red Tape Challenge, intended to ‘roll back’ as many ‘restrictive’ employment regulations as possible. Such deregulation has been lambasted by the Labour party for its negative effect on employer / employee relations and workplace performance. As the parties gear up for the election May this argument looks set to intensify. Yet according to a major new report from the CIPD, Employment Regulation and the Labour Market, neither approach is likely to have any impact on UK labour market outcomes, suggesting there isn’t a case for the next Government to either deregulate or strengthen employment rights. Instead, the CIPD is urging policymakers to focus efforts on improving productivity through a much stronger focus on workplace practices, increasing awareness of existing rights and enforcing them more effectively.

The report indicates that the UK is highly unlikely to get much benefit from more employment regulation or from significant deregulation of the labour market, as it already performs well in comparison to many of its OECD counterparts on a number of measures.

The link between the stringency of regulation and labour market outcomes such as productivity or job quality is in many areas either weak or complex and thus difficult to predict.

The report, commissioned by the CIPD, and compiled by The Work Foundation, considered the impact of employment regulation on broad labour market measures. The Nordic countries (Denmark, Sweden, Finland and Norway) and the Netherlands score consistently well and the UK sits comfortably mid-table or above on most indicators.

However, there are some economies in Southern and Eastern Europe, such as Spain, Italy and Greece, where the data does suggest that labour market outcomes could be improved by greater liberalisation.

Ben Willmott, head of public policy at the CIPD said: “The public debate can often seem polarised between calls for greater regulation and employee protections from trade unions and, at the other end of the scale, employer organisations that want to reduce regulatory burdens on business.

“Our report shows that more or less regulation is not the issue. Overall, UK workers are more satisfied with their jobs, working hours and ability to progress than their counterparts in France, Germany and Italy.

“The solution to some of the challenges we face in the UK such as poor productivity and the high proportion of low paid jobs in the economy doesn’t lie in quick legislative fixes. We don’t need yet another employment bill or another zig-zag between more and less regulation.

“Instead, what we need is a fundamental review of the UK’s skills policy to understand how we can generate more high-skilled jobs and better progression routes for those in low-skilled and low-paid jobs.

We also need a much greater focus on improving workplace practices in the areas of leadership, management and HR capability to increase demand among employers to invest in workforce development.”