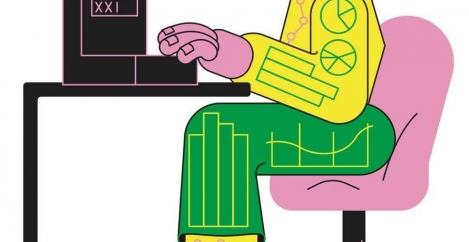 Pressing self-destruct, a final solution to workplace noise, a broken psychological contract and some other stuff 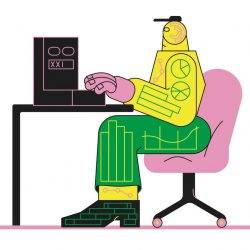 I’ve never really wanted to go to MIPIM. I’m suspicious of it all for a number of reasons I won’t go into although you might reasonably guess what they are. So, I enjoyed this piece from Polly Plunket-Checkemian about her own misgivings. I understand that the testosterone level has been dialled down recently, but like Polly I’d like to see a re-examination of its format and intent, especially given that the real estate sector is having to rethink where it fits into the new era of work and meets the challenge of coworking.

Of course, one of the attractions of MIPIM and also one of its problems is that it takes place in Cannes. There’s no reason from a practical point why property people couldn’t network in Clacton in much the same way, but then it wouldn’t be in – well – Cannes and all that entails, including the burnishing of egos.

This kind of thing shouldn’t be underestimated of course. Sarah Gordon raises the issue of egos in another male dominated sector in this FT piece. As well as the egos, she highlights how unchecked power can also lead people to become a problem for society as well as their businesses.

The failures which led to the [2008 financial] crisis were more of behaviour and character than of financial instruments or processes.

“The failures which led to the [2008 financial] crisis were more of behaviour and character than of financial instruments or processes. The tales of casual greed and of ordinary people misled and deceived by irresponsible bankers are familiar. But there was one element to the crisis that I have seen repeated in many different forms: overweening power. In the business world this breeds all sorts of crises, from the personal to the systemic.

“Martin Sorrell’s 33 years at the advertising company he built, WPP, ended in controversy in part because he seemed to treat the people who worked most closely with him, such as his driver, with contempt. One reason Lehman went under was because it was run by a joint chairman and chief executive who, by 2008, had accrued almost total dominion, and who was not held to account by those with a duty to do so. Dick Fuld’s board members neither delved deeply enough into the real activities of the bank, nor did they challenge the person running it sufficiently. Being on the Lehman board, it seemed, was a social honour rather than a fiduciary responsibility.”

This sort of behaviour is also self-destructive, of course, and professional self-harm is even something of a democratic instinct. We don’t have to be a Master of the Universe to indulge in behaviour that harms ourselves in search of some irrational goal. This piece highlights how our instincts can lead us to take on courses of action that harm our own work as well as that of those we consider competitors. Maybe we should try some magic mushrooms to overcome our apparent lack of empathy.

The internet has celebrated its thirtieth birthday in the past week and as usual Tim Berners-Lee featured prominently in retrospectives as well as issuing his own dire warnings about the good and bad of it all. Tom Cheesewright has a chew on the subject here, framed not only by the web’s anniversary but also ongoing concerns about the role of online media in facilitating bad conversations and ultimately horrific events such as the slaughter in Christchurch.

When we consider the next thirty years of the web, even before we get into the media through which we access it, we have to consider whether we will protect this ideology of a single resource for all people, or whether instead we want to create a platform predicated on division.

WeWork’s got its eye on you

The role of technology in the workplace is already one of the most talked about topics in the sector this year. Combine it with a look at WeWork’s acquisitiveness and you get this very 2019 piece from Bloomberg considering what the firm’s purchase of data gathering software will mean for workers’ privacy and work forms, a subject explored also in this piece in The New Yorker.

The underlying problem is primarily one of trust and there are lots of reasons to think that the psychological contract between employer and employee is an issue, even if you don’t think it’s broken

Of course, the underlying problem here is primarily one of trust and there are lots of reasons to think that the psychological contract between employer and employee is an issue, even if you don’t think it’s broken. Things are not helped by this kind of thing, a blatant attempt to exploit freelance workers with a narrative formed on social media, including the inevitable backtrack.

We might have to get used to this thing as middle skilled workers try to find ways of making ends meet in an entirely new kind of labour market, reformed by automation. This long but worthwhile paper from David Autor of MIT examines the compromises people are having to make already. It adds more to the idea that we need to reconsider the romantic fiction of ad hoc freelance work, four day weeks and ‘side hustles’. These are often not choices, but necessities.

Autor and Salomons document a category of new work that involves carrying out nearly-automated tasks that retain a residual set of human components, such as call-center operators, order fulfillment workers, and data entry clerks. These occupations, which Autor and Salomons dub ‘last mile’ jobs, are less prevalent in non-urban areas than in urban labor markets, likely because most do not require face-to-face contact with customers. Perhaps unsurprisingly, wage and education levels in last mile jobs are typically considerably below average. In net, these findings support the contention that a disproportionate share of ‘new work’ is generated within dense urban labor markets. But the bifurcated structure of new work does not suggest that a technology-driven ’reinstatement’ of middle-skill, non-college jobs is currently underway.

This is an issue of wellbeing as much as it one of economics and so fits neatly into the general infatuation with the broad domain of wellbeing. Recent research has exposed the complexities of one of the most discussed silver bullets in this area, sit-stand workstations which concludes that things are far more complicated than they have been portrayed. Who knew? We did, obv.

Truth is we’ve known for some time the factors that help us be more well, productive, creative and whatever and these are all available in The Right Ubiquitous Neil Usher’s book The Elemental Workplace which is now available in summary form on YouTube for those too busy with side hustles to bother with reading.

Elsewhere, a new acoustic material that blocks all sound has been developed by scientists in Boston. Now, given that the racket of coworkers is so intolerable to so many people, this marks something of a potential breakthrough for office designers, who will instead be asked to address the psychological effects of isolation and sensory deprivation until we all just finally accept that each day involves finding some sort of balance between dozens of conflicting factors.