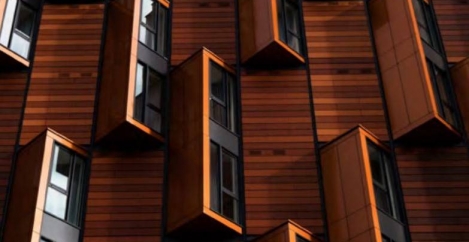 Demotivated workers would be driven by higher pay and more flexibility 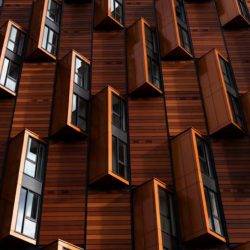 Almost a third (31 percent) of UK professionals state that their expectations are ‘not being met at all’ by their current employer, whilst a further 24 percent state that their needs are only just ‘moderately’ being met. The findings, which come from research undertaken by recruiter Robert Walters and job board CV-Library – also suggest that while the amount they were paid was most important to staff, other benefits are increasingly playing a more prominent role in keeping staff motivated. Well over half (61 percent) claimed that work-life balance, flexible working hours (39 percent), and cultural fit (25 percent) are crucial to keeping them happy at work.

In fact, over a third (36 percent) stated that they would move roles if it offered a better lifestyle, followed by 31 percent who would move for a better career opportunity. However, Meeting demands through the job offering did reveal that salary continues to be the biggest driver for the nation’s workforce – with almost two thirds (62 percent) stating that this is the most important factor in a job offering.

This was particularly prevalent in London, where almost three quarters (69 percent) – more than the national average – stated that salary was the most important factor in a job offer. In contrast, only a third of employees in the North East stated this as important to them.

Employees in traditional professional industries placed the biggest focus on pay, with those in Legal (76 percent), Banking & Financial Services (75 percent), Account & Finance (66 percent), HR (69 percent), and Technology & IT (65 percent) stating that salary was their biggest motivator.

This was not the case for employees within the service industries, where only a third stated that salary was important to them – Education (35 percent), Retail (36 percent), and Healthcare (39 percent).

Industries with the least satisfied employees are in Secretarial & Business Support (47 percent), Retail (34 percent), Manufacturing & Engineering (34 percent), and Health (32 percent). In terms of regions, dissatisfaction was most prominent in the Wales (70 percent), South West (68 percent), Scotland (67 percent), Yorkshire & Humber (64 percent), and West Midlands (60 percent) – where workers claim that employers were falling short of meeting their professional and personal aspirations.

Desire for a better lifestyle was most sought after by professionals in Yorkshire & Humber (50 percent), North West (42 percent), East of England (40 percent), and Scotland (38 percent) – who all listed this as the main reason they would move job roles or location.

Contracting and temp work on the rise

It seems dissatisfaction is pushing the UK workforce to consider alternative career paths. Almost half (40 percent) of UK workers would consider working in a temporary, interim or contract position in order to meet their personal and professional needs – this was most prevalent in Technology & IT (48 percent), Procurement & Supply Chain (46 percent), and Banking & Financial Services (45 percent).

For professional industries (41 percent) – such as Banking & Financial Services, Legal, and Tech & IT –‘ higher hourly pay’ was the leading reason why employees would consider contracting.

For the creative industries (36 percent) – such as Marketing, Advertising and PR – ‘more flexibility’ was the leading reason why employees would consider contracting or interim work.

Professionals in the service sector (30 percent) – such as Education and Retail – considered contract work as an opportunity to ‘learn new skills’.

Employees in people-focused roles (25 percent) – such as HR, Healthcare, and Secretarial & Business Support – saw interim and temp work as an opportunity to ‘gain experience across a variety of industries’.

Pressing self-destruct, a final solution to workplace noise, a broken psychological contract and some other stuff People often feel as if they are kept in the dark about flexible working