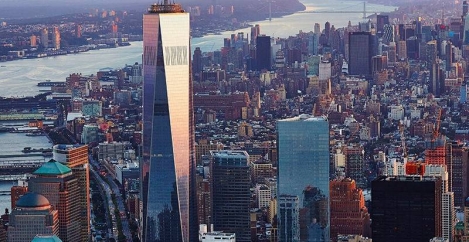 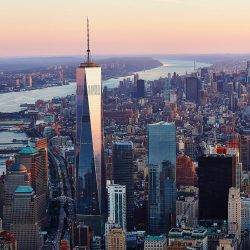 Although the world’s major corporate real estate occupiers retain a focus on managing the costs of their workplace when it comes to making the big decisions, there is a growing emphasis on offsetting this against issues such as staff recruitment and retention. That is the key finding of a new report from Cushman & Wakefield into the priorities and decision making of large corporate occupiers. It claims that firms are now far more focused on striking the right balance between goals that are often in direct opposition to one another. The study, produced in partnership with CoreNet Global, was based on interviews with 266 occupiers, three quarters of whom have more than 25 offices worldwide. The survey examined not only how location and workplace strategy are viewed as corporate value drivers, but also CRE’s alignment with business strategy.

As in previous studies from the same authors, the report highlights a growing focus on workplace issues and the tension that exists between the priorities of decision makers and their practical constraints. The study concludes that “this year’s results suggest a reason for that misalignment: too often, CRE’s attempts to advance corporate strategic goals must take a back seat to cost savings targets. Acting as an industry health check, the survey explores the fine balance at play between workplace costs and value with a sizable gap still evident between occupier aspirations and occupancy realities when it comes to committing to relocation and or expansion.” 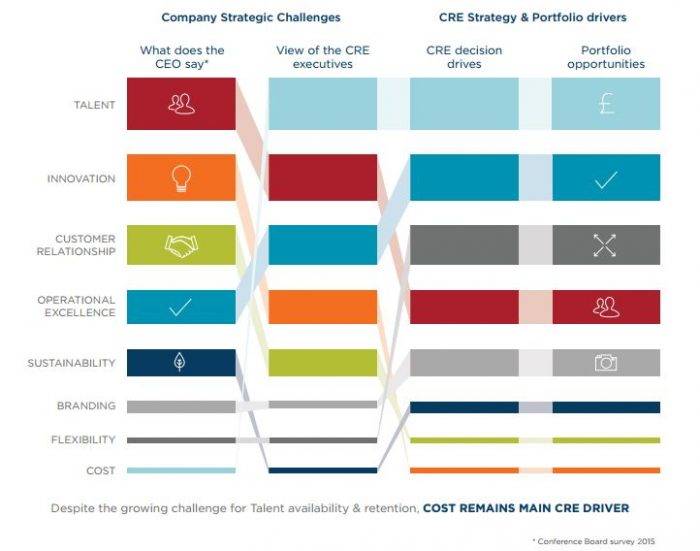 One of the most important findings is that the overwhelming majority of occupiers (90 percent) now believe that the workplace “is a fundamentally important or critical factor in securing superior workers and enhancing their wellbeing”. There is a marked variation across sectors in this regard, but even amongst the lowest ranked market segment – the public sector – it was still 67 percent. In the of life sciences, 100 percent of respondents agreed with the statement. Despite this, many of those who took part said their workplace practices fall short of providing a “great place to work” or an ideal environment for attracting workers.
Key findings: