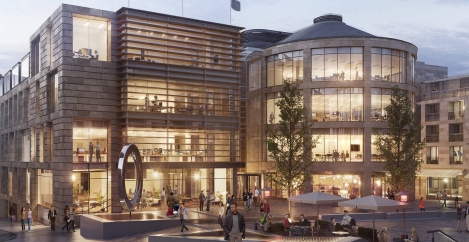 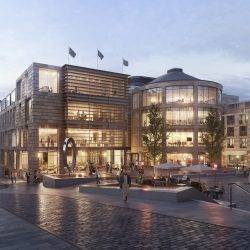 The creative industries sector accounted for over a third 35 percent) of take-up in the regional office market in the first half of the year, with this sector in particular driving the co-working revolution and the provision of flexible office space. Latest figures in CBRE’s H1 2017 Property Perspective, which monitors the performance of ten regional cities, overall, the UK’s regional office markets saw continued demand in the first half of 2017, with office take-up reaching 2.8 million sq ft, only slightly lower than the five-year average. For the first half of 2017, several cities witnessed improved levels of take-up when compared with the first half of 2016, these include Aberdeen, Edinburgh, Leeds and Manchester. Select locations such as Reading, Maidenhead and Watford also saw a continuation of record rents being set during the first half of the year, which has largely been driven by the delivery of new developments.

Investment interest in the larger regional cities has also remained buoyant, however with £1.4bn spent so far this year on offices beyond London and the South Eastern regions, investments volumes are down when compared to 2016. In the South East, 1.1 million sq ft of office space was acquired for occupation in units of over 10,000 sq ft.

In Leeds the Yorkshire grit is proving resilient and confidence is returning. This is reflected in the office take-up for H1 which totalled  237,165 sq ft. There remains a good supply of stock in all size and grades and although headline rents have seen an increase, Leeds is still the most cost effective location of the top UK cities. This may well encourage more inward investment as Leeds makes its marks as a true alternative to the South East and London.

Over in Manchester, H1 take-up was 15% greater than the corresponding period in 2016. Larger occupiers are increasingly realising that good quality stock is dwindling, with many now making moves to secure premium space ahead of the competition. Evidence of this can be seen with the letting success of Two St Peter’s Square and No.1 Spinningfields, with very little space remaining in these buildings. With limited Grade A stock available in 2017 and no new build completions due in 2018, headline rents are expected to rise.

In Scotland, Edinburgh has seen numerous pre-lets sign during the first half of 2017. The result has been the strongest six months of take-up ever recorded by CBRE in Scotland’s capital, a total of 739,860 sq ft, ahead of the full year 2016 total. A series of pre-lets and lettings on schemes under construction accounted for around 42% of total take-up. Just as the quarter closed, it was confirmed that  the Government Property Unit had signed for 181,307 sq ft at Artisan Real Estate’s New Waverley scheme.  However even before this deal went through the market was looking strong.

Andrew Marston, National Research Director at CBRE, commented: “The UK economy has continued to show resilience during the first half of 2017, though there are signs that GDP growth may be slowing as rising levels of inflation begin to influence consumer markets. With this backdrop it is encouraging to see that regional office markets have seen strength in demand be maintained, with some standout take-up results seen in both Manchester and Edinburgh.

“Dynamic cities with strong underlying market fundamentals such as Birmingham, Bristol and Manchester have also continued to attract strong interest from active investors. We anticipate that fairly priced stock will continue to sell and there will be ongoing interest in markets which trade at a discount in comparison to London and the South East.”

American workers having to put up with difficult and hostile working environment, claims report Employees with higher levels of trust and autonomy at work are more productive