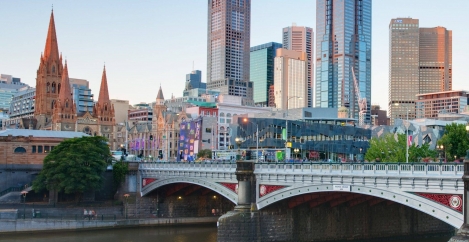 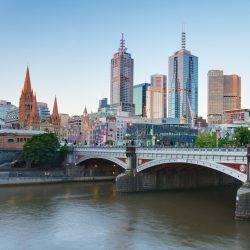 Australia can justifiably claim to lead the world in thinking about office design and management right now, but it may be coming at a cost as rents surge for high rise office space in its major cities. The cost of renting office space in the skyscrapers of Sydney and Melbourne (pictured) is rising faster than in any other major global city, as a lack of space pushes up rates. The costs of space have yet to hit the heights of tall buildings in cities like Hong Kong, but Knight Frank’s Skyscraper Index claims that the cost of renting space in the upper floors of skyscrapers in Melbourne had risen by 11 per cent to £40.98 per square foot per year in the six months to the end of last year, while those in Sydney had risen 10.1 per cent to £78.39 per sq ft.

In Sydney the construction of a new Metro line has caused a huge loss of office space. The New South Wales government made more than 150 compulsory acquisitions of mostly commercial buildings to make way for the 66km line, which will have 31 new stations.

Melbourne had the strongest take-up of office space of any city in Australia last year, while there is a limited amount of new space set to come on to the market this year. It is the second fastest-growing economy in Australia and office take-up is being backed by a surge in business confidence among the city’s tech and media companies.

Dan Gaunt, head of Knight Frank’s City Agency, claims that despite uncertainty following the decision of the UK to leave the European Union, rents in London’s skyscrapers remain significantly higher than those in other major European cities and that demand for space in the capital’s tall buildings shows little sign of diminishing