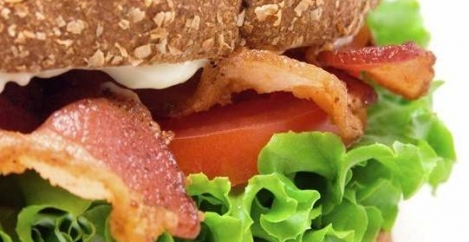 A report into facilities management that is hard to swallow 0 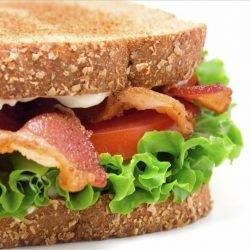 I’ve wanted to write this piece for a while. I suspect it’ll piss a few people off. But I need to get it off my chest. I’ve held off writing it because I have been worried that it will be seen as disrespectful to the memory of a well-liked and respected member of the facilities management community, Chris Stoddart. I never knew Chris. But from what I’ve heard from those who did, his reputation is well deserved. I hope that Chris’ friends, colleagues and family will understand what I have to say and why I’m saying it. I was at last year’s Think FM event where the BIFM launched The Stoddart Review in Chris’ memory. The aim was to explore the link between workplace design and management and productivity.

One of the drivers behind the review was data from the Leesman Index. The Leesman survey asks building occupants if they agree/disagree that the design of their workplace enables them to work more productively. A qualitative self-reported ‘feeling’, if you will. It does not give any guidance as to the definition of productivity, nor does it explicitly link feelings about productivity to actual business performance. I have a lot of affection and respect for Leesman’s Tim Oldman and his team. I think they are doing important work in trying to bring rigour to an area of business that has often struggled to articulate the value it adds. In the case of this review, however, I think that conclusions have been drawn that this particular piece of data does not warrant.

Feeling productive is not the same thing as actually being productive. Being more productive, i.e. getting the usual stuff you have to do done more effectively does not necessarily mean you are more productive as it relates to business performance. You might complete tasks more efficiently but if those tasks don’t actually advance the aims of the business it really doesn’t matter at all in the greater scheme of things. ACAS produced a well-considered report on productivity as it related to the wider health of the UK economy. The report identified seven key levers of productivity. Buried in the section “Well designed work” is “Good use of physical space”.

There are a multitude of influences on UK workplace productivity just as there are a multitude of influences on what we view as UK society. The conclusion of The Stoddart Review is that workplace design and management could add anything from £20 billion to £70 billion to the UK economy. Those are the kind of figures that those less temperate members of public debate feel moved to print on the side of big red buses. They are the kind of numbers that, surely, cannot be ignored. They are the kind of numbers that should build unstoppable momentum. The Facilities Management industry has found £20 billion down the back of the sofa. Holy crap! That’s not a seat at the table, it’s the golden key to the executive washroom.

Who wants to work in a shit workplace? Nobody. The folk in workplace design and management can ensure nobody does. Not because it does or doesn’t deliver billions of pounds for UK plc but because that’s the least people should expect. To have natural light. Fresh air. A choice of work settings to suit the work that needs to be done. To be free of noise and distraction. A choice of healthy food. Somewhere safe to store your personal belongings. Technology that’s appropriate to the work and that works.

If there is unequivocal evidence to show that FM can deliver £20 billion then let’s hear it. If we really have £20 billion we should be hammering on the door at Downing Street and strong-arming policy makers. BIFM should be the darling of the popular press. The Stoddart Review was featured in a sponsored pullout in the Sunday Times. Surely CEOs would sit up and take notice? I haven’t heard anything to suggest they have.

Note: This piece originally appeared on Simon Heath’s own blog (a must read, if you don’t already) and has been simultaneously republished on i-fm.net to stimulate as much debate as possible. Insight publisher Mark Eltringham discussed the Stoddart Review – shortly ahead of its publication – on the Workplace Matters podcast with Ian Ellison.