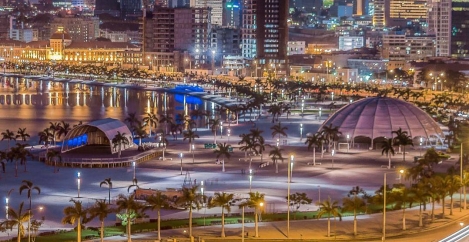 Report sets out costliest cities for mobile workforce of multinationals 0 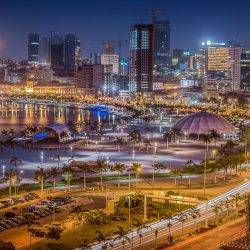 In a rapidly changing world, mobility has become a core component of companies’ global talent strategy and as a result, multinational organisations are carefully assessing the cost of packages for their international mobile workforce, claims a new report which sets out the costs of living in the world’s major cities. Mercer’s 23rd annual Cost of Living Survey finds that factors like instability of housing markets and inflation for goods and services contribute to the overall cost of doing business in today’s global environment. Mercer’s 2017 Cost of Living Survey finds Asian and European cities – particularly Hong Kong (2), Tokyo (3), Zurich (4), and Singapore (5) – top the list of most expensive cities for expatriates. The costliest city, driven by cost of goods and security, is Luanda (1), the capital of Angola. Other cities appearing in the top 10 of Mercer’s costliest cities for expatriates are Seoul (6), Geneva (7), Shanghai (8), New York City (9), and Bern (10). The world’s least expensive cities for expatriates, according to Mercer’s survey, are Tunis (209), Bishkek (208), and Skopje (206).

“Globalisation of the marketplace is well documented with many companies operating in multiple locations around the world and promoting international assignments to enhance the experience of future managers,” said Ilya Bonic, Senior Partner and President of Mercer’s Career business. “There are numerous personal and organisational advantages for sending employees overseas, whether for long- or short-term assignments, including career development by obtaining global experience, the creation and transfer of skills, and the re-allocation of resources.”

Mercer’s survey is is designed to help multinational companies and governments determine compensation allowances for their expatriate employees. New York is used as the base city and all cities are compared against it. Currency movements are measured against the US dollar. The survey includes 209 cities across five continents and measures the comparative cost of more than 200 items in each location, including housing, transportation, food, clothing, household goods, and entertainment.

“While historically mobility, talent management, and rewards have been managed independently of one another, organisations are now using a more holistic approach to enhance their mobility strategies. Compensation is important to be competitive and must be determined appropriately based on the cost of living, currency, and location,” said Mr. Bonic.

Only three European cities remain in the top 10 list of most expensive cities for expatriates. Zurich (4) is still the most costly European city on the list, followed by Geneva (7) and Bern (10). Moscow (14) and St. Petersburg (36) surged fifty-three and one hundred and sixteen places from last year respectively, due to the strong appreciation of the ruble against the US dollar and the cost of goods and services. Meanwhile, London (30), Aberdeen (146) and Birmingham (147) dropped thirteen, sixty-one and fifty-one spots respectively as a result of the pound weakening against the US dollar following the Brexit vote. Copenhagen (28) fell four places from 24 to 28. Oslo (46) is up thirteen spots from last year, while Paris fell eighteen places to rank 62.

Other Western European cities dropped in the rankings as well, mainly due to the weakening of local currencies against the US dollar. Vienna (78) and Rome (80) fell in the ranking by 24 and 22 spots, respectively. The German cities of Munich (98), Frankfurt (117), and Berlin (120) dropped significantly as did Dusseldorf (122) and Hamburg (125).

“Currency fluctuations, including the weakening of both the British Pound and the Euro against the US Dollar, have had a major impact on this year’s rankings,” explained Kate Fitzpatrick, Mercer’s Global Mobility Practice Leader for the UK & Ireland. “As a result, many European cities have been driven down the ranking by around 10-20 places. However in some cases local conditions, for example availability of accommodation, have counter-balanced or exacerbated the impact of currency movements.”

Ms Fitzpatrick added, “When companies deploy employees to countries across the world, it is important to understand the specific local market conditions to be able calculate fair and competitive expatriate compensation packages.”

As a result of local currencies depreciating against the US dollar, some cities in Eastern and Central Europe, including Prague (132) and Budapest (176) fell in the ranking, while Minsk (200) and Kiev (163) jumped four and thirteen spots, respectively, despite stable accommodations in these locations.

The Middle East and Africa

“Egypt’s decision to allow its currency to float freely in return for a 12 billion dollar loan over three years to help strengthen its economy resulted in the massive devaluation of the Egyptian Pound by more than 100 percent against the US dollar, pushing Cairo down the ranking” said Ms. Constantin-Métral.”

Quite a few African cities continue to rank high in this year’s survey, reflecting high living costs and prices of goods for expatriate employees. Luanda (1) takes the top spot as the most expensive city for expatriates across Africa and globally despite its currency weakening against the US dollar. Luanda is followed by Victoria (14), Ndjamena (16), and Kinshasa (18). Tunis falls six spots to rank 209 as the least expensive city in the region and overall.

Cities in the United States are the most expensive locations in the Americas, with New York City (9) ranked as the costliest city, climbing two spots from last year. San Francisco (22) and Los Angeles (24) follow, having climbed four and three spots respectively. Among other major US cities, Chicago (32) is up two places, Boston (51) is down four places, and Seattle is up seven places. Portland (115) and Winston Salem (140) remain the least expensive surveyed cities for expatriates in the US.

Nathalie Constantin-Métral, Principal at Mercer with responsibility for compiling the survey ranking, said, “Overall, US cities either remained stable in the ranking or have slightly increased due to the movement of the US dollar against the majority of currencies worldwide.”

In South America, Brazilian cities Sao Paulo (27) and Rio de Janeiro (56) surged 101 and 100 spots, respectively, due to the strengthening of the Brazilian real against the US dollar. Buenos Aires, the Argentina capital and financial hub ranked 40 followed by Santiago (67) and Montevideo, Uruguay (65), which jumped forty-one and fifty-four places, respectively. Other cities in South America that rose on the list of costliest cities for expatriates include Lima (104) and Havana (151). Dropping from 94th position, San Jose, Costa Rica (110) experienced the largest drop in the region as the US dollar strengthened against the Costa Rican colon. Caracas in Venezuela has been excluded from the ranking due to the complex currency situation. Depending on which exchange rate is being used, the city would arrive at the top or at the bottom of the ranking.

“Inflationary concerns continued to cause some South American cities to rise in the ranking, whereas the weakening of the local currencies in some of the region’s cities caused them to drop in the ranking,” said Ms. Constantin-Métral.

Up thirty-five places from last year, Vancouver (107) has overtaken Toronto (119) to become the most expensive Canadian city in the ranking, followed by Montreal (129) and Calgary (143). Ranking 152, Ottawa is the least expensive city in Canada. “The Canadian dollar has appreciated in value triggering the major jumps in this year’s ranking,” explained Ms. Constantin-Métral.

Five of the top 10 cities in this year’s ranking are in Asia. Hong Kong (2) is the most expensive city as a result of its currency pegged to the US dollar, which drove up the cost of accommodations locally. This global financial centre is followed by Tokyo (3), Singapore (5), Seoul (6), and Shanghai (8).

“The strengthening of the Japanese yen along with the high costs of expatriate consumer goods and a dynamic housing market pushed Japanese cities up in the ranking,” said Ms. Constantin-Métral. “However, the majority of Chinese cities fell in the ranking due to the weakening of the Chinese yuan against the US dollar.”

Australian cities have all experienced further jumps up the global ranking since last year due to the strengthening of the Australian dollar. Sydney (25), Australia’s most expensive city for expatriates, gained seventeen places in the ranking along with Melbourne (46) and Perth (50) which went up twenty-five and nineteen spots, respectively.

India’s most expensive city, Mumbai (57), climbed twenty-five places in the ranking due to its rapid economic growth, inflation on the goods and services basket and a stable currency against the US Dollar. This most populous city in India is followed by New Delhi (99) and Chennai (135) which rose in the ranking by thirty-one and twenty-three spots, respectively. Bengaluru (166) and Kolkata (184), the least expensive Indian cities, climbed in the ranking as well.