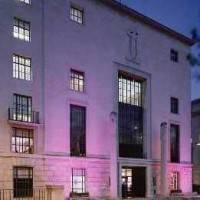 The names of the six architectural practices shortlisted by RIBA to design the organisation’s new headquarters in London have been revealed. They are Ben Adams, Moxon, Piercy & Company, shedkm, Spacelab and Theis & Khan.  The new £2.7 million building will be located at 76 Portland Place just a few doors down from its current home (above). However it wouldn’t be normal for a trade association  to make this announcement without some sort of controversy or squabbling and sure enough the Architects Journal today makes reference in a report on the fuss that surrounded the minimum turnover requirements that led many to accuse RIBA of excluding smaller practices as well as accusations of a lack of diversity in the selection panel.