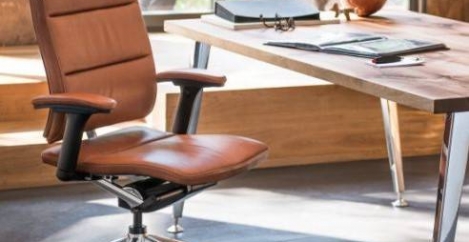 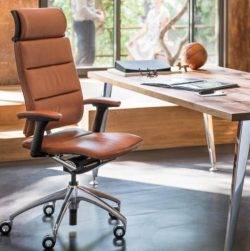 Whether a swivel chair or a desk, every third Sedus customer order is produced using a chrome finish. This is not only for aesthetic reasons, but also about quality – chrome surfaces are more scratch resistant and less sensitive than powder coated, polished aluminium or wood. The technique of using chrome is historic. Chromium III was discovered by chance in 1797 by Louis-Nicolas Vauquelin, but was only made industrially usable on a large scale in the 1920s by the addition of other chemical substances. However, the cost has always been high because the globally widespread process Chromium VI is cheaper and simpler. However, it is also extremely toxic and hazardous to health. Chromium VI compounds used during manufacturing, when handled incorrectly, could enter the body via the respiratory tract and can mutate and damage DNA. 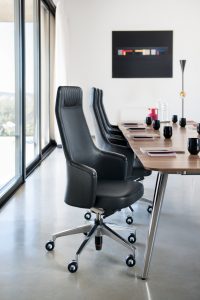 It was not until the 1960s, when the first reliable galvanizing systems were developed. Sedus owner Christof Stoll decided to build such a plant at the Dogern site in Germany to offer chrome-plating. A second new state-of-the-art plant followed in 2010 and, with an investment of 7.5 million Euros, it is considered the largest electroplating plant in southern Germany. Production Manager Dr Jens Bohnet strongly advocates chrome-plating based on the use of lower-risk Chromium III raw materials that can now replace the more toxic and dangerous Chromium VI processes. However, the process is considerably more complex and potentially costlier. Bohnet states, “the conversion to Chromium III was almost a matter of pride for us as an environmentally oriented company, and a welcome challenge from a technical point of view. Also, the conversion costs of around a quarter of a million Euros will be recovered in the foreseeable future, because we expect increasing orders from similarly environmentally focused customers in the next few years.

The motivation for converting to Chromium III came from technical advances in chemistry and new legal frameworks. ECHA, (the European Chemicals Agency), which legislates and regulates the use of chemicals, has the goal of monitoring chemicals that are harmful to health and the environment and, if possible, replacing them. The Chromium trioxide (Chromium VI) used in electroplating is one of these critical substances, which in the future may only be used under certain conditions and with a special permit. “We were faced with the decision either to obtain a permit for further operation or to replace Chromium VI with the less critical Chromium III compound,” writes Bohnet. “Since Chromium VI is already very much under the spotlight today and, in our opinion, is no longer absolutely necessary for decorative application, we have opted for this  more environmentally friendly, safe and future-proof way and have switched to using Chromium III. The galvanising process in our Dogern plant is one of the nation’s largest which successfully uses this much more advanced process for our vertically manufactured products.”

Sedus Stoll AG has practiced active environmental protection since the 1950s, at a time when the term did not even exist. Based on these foundations, for Sedus, the ecological debate starting in the 1970s was as unsurprising as the current topic of sustainability. On the contrary, Sedus’ pioneering role in the European furniture industry can be directly traced back over the past 30 years. The number of awards range from the election of Christof Stoll to eco-manager of the year (1993), the first German furniture manufacturer to participate in the EU eco-audit scheme (1995) to Sedus, as the world’s first office furniture manufacturer to receive the EMAS III certification (2010).