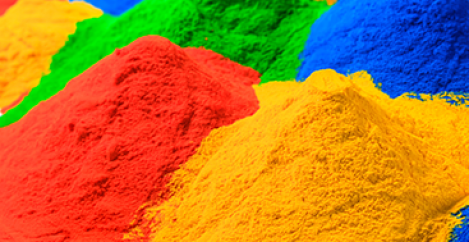 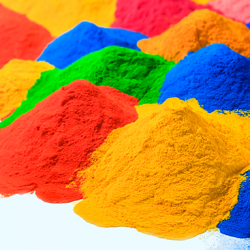 The research comprised two parts: a review of the available literature on the subject of segmenting the self-employed workforce; and analysis of three datasets: the Labour Force Survey, the Family Resources Survey and Understanding Society. In order to create a framework for segmenting different types of self-employment, key indicators from across the three datasets were selected, relating to:

Whether the work is independent or dependent. In order to build a picture of their overall independence, we examined indicators such as the degree of autonomy/control of work, number of clients, whether the self-employed person views themselves as having a job or a business, as well as whether they have separate bank or business accounts. This dimension also addresses the debate about false self-employment.

The extent to which the work is secure or insecure. This is linked to the debate about the working conditions and job quality of the self-employed. We looked at indicators such as whether individuals are looking for alternative work, which are useful measures of the extent to which the individual is self-employed by choice and whether the work provides long-term security.

Overall, our research identified nine segments of solo self-employed people, based on the three groups of indicators above. The segments range from low-paid, dependent and insecure, through to high-paid, independent and secure. We have illustrated each segment with typical occupations, below.

Low pay, dependent, insecure. People in this segment are generally less qualified than other groups. It has the highest proportion of people who became self-employed because they could not find other employment (13% compared with 6% across all segments). They report lower than average levels of autonomy and control over their work. The average hourly earnings are below other segments and their employed equivalents. Typical occupations in this segment are drivers and cleaners.

Low pay, independent, insecure. This segment is highly qualified (35% are graduates, compared with the 29% average across all segments) and only 7% have no qualifications at all. Self-employment was an overwhelming choice for this group, with only 3 per cent doing so because they could not find other employment. They have lower than average earnings. Typical occupations in this sector are shopkeepers, artistic occupations and car mechanics.

Low pay, independent, secure. This is a predominantly male segment with a below-average proportion of those with a degree. This group exhibits a relatively high degree of autonomy and control over their work. Median hourly earnings of this segment are close to the average across all segments, but once qualifications, type of self-employment and other factors are controlled for, their earnings are below average. They are also below the average for employees in comparable jobs. Typical occupations in this sector are farm workers, builders, traders and tutors.

Mid pay, dependent, insecure. Only 14 per cent of people in this segment are graduates and there is an above average proportion that became self-employed because they could not find other work. They have below average levels of autonomy, particularly relating to work manner and hours. This group has the lowest median hourly earnings, but once other factors such as qualifications and type of self-employment are controlled for, the earnings differences are not statistically significant. Only 12 per cent have a private pension. However, the people in this segment report the highest levels of job satisfaction. Typical occupations in this sector are childminders and carers, and building labourers.

Mid pay, dependent, secure. Workers in this group have low qualification levels (16% with above A-levels, compared with the 39% average across all segments). They report below-average autonomy for many aspects of work and earn above average compared to other segments, but less than their employed counterparts. Job satisfaction is close to the average across all segments but higher than among employees in similar roles. Typical occupations in this sector are building operatives/drivers.

Mid pay, independent, secure. There is a relatively high proportion of graduates (36%) in this segment. This group reports the highest levels of autonomy relating to job task, work pace, task order and work hours. Median earnings are similar to the average across all segments, but much lower than employees in similar roles. The people in this segment have higher job satisfaction than both the average across all segments and employed counterparts. Typical occupations in this sector are trainers and coaches, IT and related professionals, financial advisers, business associate professionals, manufacturing managers, hair and beauty workers, skilled makers, gardeners, and restaurant and B&B owners.

High pay, regulated, secure. This is a highly qualified segment (87% with degrees) with only two per cent becoming self-employed due to a lack of employment opportunities. The highest proportion (36%) became self-employed because of the nature of their job. This group is likely to have low levels of control and autonomy due to regulatory processes and practice hours. Median hourly earnings are significantly higher than the average across all segments, but similar to employees. The people in this segment have greater levels of job and life satisfaction than employees in similar roles. Those in this segment are medical professionals.

High pay, mid-independence, secure. This group is highly qualified, though a relatively large proportion became self-employed following redundancy. Most professions in this segment have average levels of control and autonomy, although this depends on the regulatory processes of each profession. People in this segment earn above the average of other segments, but less than their employed counterparts. They are more likely to have a private pension and report higher levels of job satisfaction than employees. Typical occupations in this sector are functional managers, construction and property managers, book-keepers, and TV/film technical roles.

High pay, independent, secure. This segment is highly qualified and 24 per cent became self-employed for better working conditions or job satisfaction. This group shows relatively high levels of autonomy and control. It is the highest paid segment, and is more likely to have private pension provision. They are also more satisfied than employees in similar professions. Those in this segment are legal and business professionals.

The research makes a number of recommendations for policymakers. Firstly, it states that although it is important to improve the position of dependent and insecure workers, it is also essential that the independence, autonomy and job satisfaction enjoyed by many self-employed people is safeguarded. Improving access to training and professional development opportunities would help to foster self-employment as a positive career choice. Clarifying the status of self-employed would also help to ensure that those who are genuinely self-employed maintain their independence.

It also notes that those who have only a limited amount of security urgently need support through incentives for pension uptake and reforms to the welfare system. Finally, those whose earnings are limited could be supported by the development of improved access to training and skills development opportunities. This may help to increase pay and would also enable the less autonomous self-employed either to move into more independent roles or build themselves a broader base of clients.

Andrea Broughton is the principal research fellow at the Institute for Employment Studies. This piece originally appeared in the latest issue of the IES Journal.