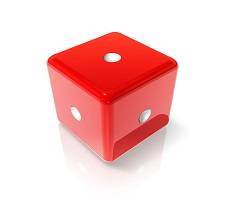 Building rapport with a potential client is an important part of the procurement process, but how far do you go? According to new research, some service providers have resorted to desperate measures to bag new business, including hiring the client’s daughter; bringing in actors and equipment to make their organisation seem larger than it is and even helping the prospect write the Request for Proposal to ensure that it matched the services they could deliver. The reason, according to findings unveiled today by blur Group is that despite the majority of decision makers believing there are better service providers available than their existing network, the vast majority (89%) were still likely to approach their existing service providers when a new project arose.

The independent research, which surveyed 300 decision makers within UK businesses and 141 UK service providers, found that 93 per cent of decision makers would like to find a service provider offering a more innovative and fresh approach to those they currently work with, however 83 per cent revealed that procurement processes often prevent them from doing so. Three quarters (75%) also admitted that peer group pressure inside their organisations prevented them from seeking work with service providers outside their existing networks, stifling fair competition.

As a consequence of constantly working with the same network, two-thirds (66%) of decision makers felt that service providers often got jaded before projects were finished, leading to unsatisfactory results.

The ‘loaded dice’ approach to awarding contracts by decision makers was echoed by the service providers themselves. Eight out of ten (81%) found that most pitches are won by companies with existing relationships rather than the best ideas, whilst 93 per cent admitted they had participated in new business pitches where they stood ‘no chance of winning’ as the client had a clear favourite from the outset of the process. 86 per cent believed they had been added to pitch lists simply to make up the numbers.

In an attempt to overcome the odds stacked against them, service providers admitted to a range of underhand tactics to help seal the deal and win contracts. Sending gifts, despite the recent introduction of the UK Bribery Act, was a popular tactic, with service providers sending anything from iPhones to home-baked goods to the key decision makers in an attempt to influence the final outcome.

Philip Letts, blur Group CEO commented, “With service providers spending more than £967 million per year in the UK alone pitching for new contracts, it’s critical that there’s a level playing field for all organisations involved in the process. Yet our research suggests that much of this expenditure is wasted, with many businesses displaying a ‘jobs for the boys’ mentality and continuously awarding contracts to businesses from their existing networks. ”