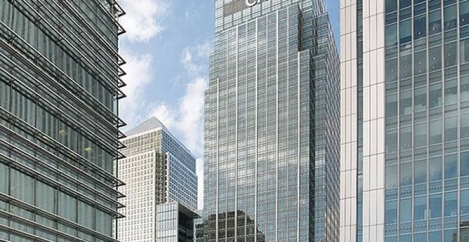 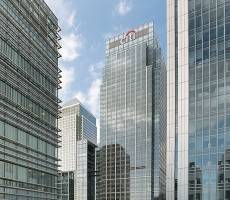 As we reported yesterday there are plans afoot to surround the ‘Walkie Talkie’ winner of last year’s Carbuncle Cup with other tall building. However for organisations interested in occupying a London skyscraper it’s worth noting that according to Colliers, businesses in London’s twenty tallest skyscrapers can expect to pay an extra £50 million under forthcoming major changes to business rates. In a data analysis published recently, Colliers has assessed the likely effects of forthcoming business rates changes – floor-by-floor – on the occupiers of London’s twenty tallest buildings. Overall, firms will need to cough up an extra £50m as business rates bills go from £194m to £243m over the next three years. And the infamous ‘Walkie Talkie’ at 20 Fenchurch Street, and now fully occupied – will see the largest increase with office occupiers and luxury rooftop restaurants faced with a business rates bill of over £19m by 2019, an increase of £5.1m compared with current levels.

Millbank Tower, once headquarters to both the Labour and Conservative parties – is the only top-twenty tallest building expecting a business rates reduction of around £23,000 or one per cent. Office-to-resi development plans at Millbank Tower are not expected to get underway until 2019, at the earliest.

25 Churchill Place – home to accountancy giant EY – sees the smallest rise in real terms. With a £543,000 increase, it will still have the second lowest business rates bill in the top-twenty at £3.7m.

“These major rises are a by-product of failed Government policy leading to the erroneous decision to postpone the business rates revaluation leaving a seven-year gap between properties being assessed. Unsurprisingly, with around 300,000 outstanding business rates appeals in the system, this delay has created a culture of appeals. Without clear and direct action, and meaningful reform, these business rates’ bills will be a tall order for London’s skyscrapers.”

The Government is expected to publish the new draft 2017 rating list on 30 September; providing every company with its ‘Rateable Value’. In addition, the agency responsible for business rates – Valuation Office Agency (VOA) – is expected to introduce a revised approach to the valuation process charging more to those businesses towards the top of taller buildings.

Colliers currently campaigning for genuine business rates reform including the need to offer more funding to the Valuation Office Agency (VOA) so it can deal with the estimated 300,000 outstanding business rates appeals in the system.