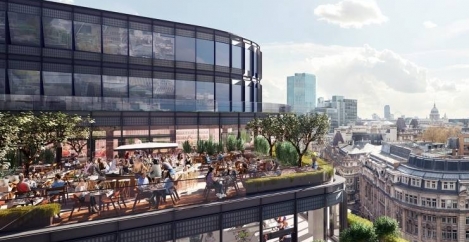 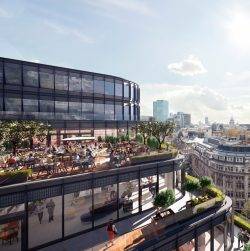 The first quarter of 2019 saw take-up of office space in central London at its strongest for six years, as it continues to outperform expectations. This is according to Savills, which also reports 1.16 million sq ft of new lettings being agreed in the City of London. In the West End, 42 transactions completed in March alone took total activity for Q1 2019 to 98 office lettings. In the City, there were 100 occupational deals for the year to date, of which 33 completed in March. The tech & media sector accounted for the largest share of take-up in the West End, at 25 percent, while the City benefited from a surge of serviced offices.

Ed Betts, co-head of the West End office leasing team at Savills, says: “The increased competition to secure the best West End space, fuelled generally by lease events but also by a growing awareness among occupiers of supply constraints, is beginning to reflect on rents in certain sub-markets. Whilst we are not expecting to see overall rental growth going forward this year, in the first quarter we have achieved an average prime rent of £119.30 per sq ft, up 13 percent on Q1 2018 and the strongest average prime rent seen since 2017.”

The Tech & Media sector accounted for the largest share of take-up in the West End, at 25 percent.

With 70 percent of new developments in the West End already pre-let, Savills expects the supply (4.0 percent vacancy rate) will remain stable over the year.

In the City, Savills says the Serviced Office Provider sector accounted for the greatest proportion of office take-up (20 percent of all sq ft take-up) followed by Insurance & Financial Services (18 percent). The firms figures suggest a slow start among the Tech & Media sector which accounted for just 10 percent of all Q1 take-up in the City. At the end of March the City had a vacancy rate of 5.2 percent.

Commenting on the City market, Philip Pearce, head of the central London office agency team at Savills, adds: “The City’s office market remains stable with low supply levels and continued stronger-than-expected demand, resulting in rents remaining consistent in the high £70’s per sq ft for prime. Of the deals signed in the first quarter, 45 percent have been for 10 years or more which is further evidence of the ongoing resilience of the market despite Brexit uncertainty being delayed further.”

In the West End, the largest transaction to complete in March was Glencore’s acquisition of the 2nd to 4th floors at Great Portland Estate’s 18-19 Hanover Square, W1, (52,691 sq ft), on a 20 year lease at £116 per sq ft. In the City, Savills says the largest deal to complete in March was by international law firm Milbank LLP pre-letting levels eight and nine (68,275 sq ft) at British Land/GIC’s development at 100 Liverpool Street, EC2.

UK should phase out greenhouse gas emissions by 2050, claims government report People with epilepsy twice as likely as average to be unemployed