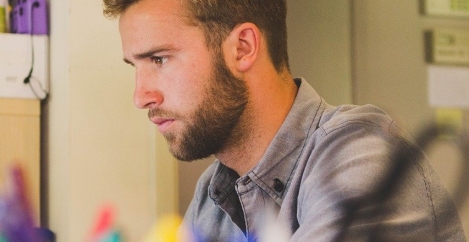 The culling of freelancers with IR35 is a really, really bad idea 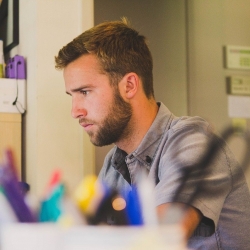 Imagine a world with no freelancers, holiday cover workers, or people to help fill the hiring gaps on projects. With IR35 extending into the private sector, this could be a reality; and we should be worried that a skilled and flexible workforce of freelancers could soon be extinct. Instead of dealing with the headache of the new regulations, 20 percent of UK businesses said they plan to axe contract workers. Freelancers themselves might be worried about how the new iteration of IR35, due to come into force in April next year, will affect their ability to work, and hastily take on permanent positions.

Whether or not they actually stay in a permanent role or not is unknown right now. They may see that the fallout is not as bad as expected and will then revert back to freelancing, but in the meantime this changes the dynamics of the market for the short term. Fewer freelancers means less agility in the marketplace. Especially as they can flex up and down as quickly as the need to meet the demands of the business.

With research showing that freelancers are a huge benefit to the UK economy, contributing billions of pounds, we can’t really afford to lose them.

The importance of freelancers

Some of the UK’s biggest industries rely on contingent workforces. So it’s key, before any knee-jerk decisions are made, that we understand why freelancers are so important to businesses – and what potential impact this reduction in contingent workforce means for them.

Freelancers form one of the UK’s most productive and important economic assets generating between £140-145bn every year, as well as freedom and flexibility for individuals

Analysis by the Centre for Research on Self-Employment highlights how project-based freelancers add ‘immense’ value by fostering growth, innovation and entrepreneurship among both large firms and SMEs. CRSE’s report, The Freelance Project and Gig Economies of the 21st Century, describes the 2.1 million strong community as one of the UK’s most productive and important economic assets and calculates that the community generates between £140-145bn every year, as well as freedom and flexibility for individuals.

But freelancers also play a key role in promoting efficiency-driven performance as they are generally deadline focused people, they are charged by the hour, and are given a set time to complete by. This is an enormous value to employers who need to get stuff done. Freelancers can be used at every stage of a new venture’s development from start-up to early stage survival and through to business growth. And generally because they work on a wide range of projects, they tend to have experience in a variety of technologies and management styles.

Overall, having a sufficient supply of highly skilled freelancers greatly helps with the performance of the UK’s economy. Not to mention that many freelancers work remotely, so a company won’t have the added costs of extra office space, desks, telephones or equipment.

But, beyond the ‘can-do’ attitude, freelancers bring a different perspective, and a breath of fresh air to businesses. They also bring skills into an organisation that they might not need frequently or long term, such as SEO, penetration testing or content writers. With this flexible nature of the workforce, businesses can scale up and scale down as quickly as needs be.

Clearly, there are great benefits to employers and employees alike, and both the government and UK businesses need to rethink what the effect of IR35 will have on the whole working world. IR35 will create immense pressure for firms looking to hire flexible, project-based freelancers, which will eventually result in firms being deprived of vital skills.

In order to truly understand how important freelancers are to not only companies, but to the economy as a whole, we first need to stop thinking of ‘contingent workforce’ as a dirty word. Freelancers bring with them a host of skills, a different perspective, and add financial value to the economy. We really should be worried that a skilled and flexible workforce of freelancers could soon be extinct and it shouldn’t have to take a regulation like IR35 to bring this to light.

Dean is the Co-Founder and CEO of TribePad