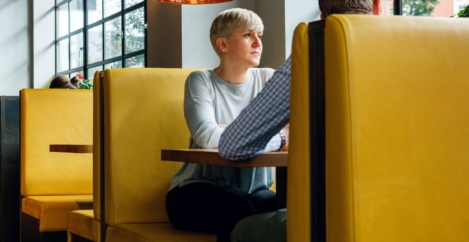 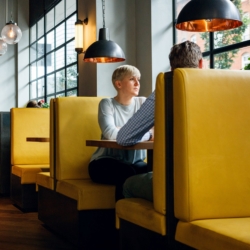 I have observed with some disbelief the numerous articles that have heralded the “death of the office” and other click-bait driven headlines. It makes for a fun read but fails to really understand exactly what the office is for and how the modern workspace is actually used.  The best way to take a view of this is to understand why we will be desperate to return to the office and why organisations should be doing everything they can to ensure it does.

From a purely economic perspective, in our services-driven economy, we should be most worried about the loss of “intangible capital” during lockdown. This refers to the knowledge and skills that have not been transferred to colleagues, the exchange of ideas that is commonplace in most offices and which is extremely hard to replicate on Facetime/Zoom/Teams.

In his recent article in the Times, Philip Aldrick, The Economics Editor, assesses the “degradation of knowledge” that has occurred during lockdown. In a services economy, this could be fatal to the long-term health of ideation, and delivery of consultancy, creative services and the media.  He also flags that in research last year by US National Bureau of Economic Research found that the number of patents filed in 1920s prohibition America fell where the bars closed. “Prohibition had a temporary effect on the rate of invention,” Michael Andrews writes, because people weren’t mixing in the city bars.”

And what of our city centres?  We have already seen that interest in regional office space is up across numerous national markets. The UK-market being a prime example, with demand for flex workspace already up in the regions of the country and in locations on the outskirts of London – demand in the Capital has been slower to return. It looks very much like that there will be a retreat to the regions as commuters look to avoid the dreaded prospect of mass transport. But, again, there is nuance to this discussion that is being neglected by the focus on the “death of the office”.

Research from Berkeley shows the “Effect of High-Tech Clusters on the Productivity of Top Inventors”. There is a reason why innovators crowd to the Bay Area of the US and “Silicon Roundabout” and it is not ease of access to organic oat flat whites.  Inventors locate themselves to others in the field, despite higher costs and higher labour costs, because close association drives competition, collaboration and ultimate significantly increases the number of patents in the area.

This paper from Enrico Moretti states: “I find an economically important effect of cluster size on an inventor’s productivity. An inventor moving…. a small cluster to a large cluster enjoys an increase in annual productivity, as measured by the number of patents produced in a year or number of citations.”

So, is our knowledge “degrading” and our contacts’ books receding under lockdown? I find that unlikely as video calls have filled the void, and virtual networking has proliferated over the last, few, difficult weeks. But “something” is missing.  Serendipitous interaction has now gone from our lives (you cannot bump into someone on Zoom!) and a chance encounter is soooooo 2019. The ability to “read the room” has gone, as have all the social signals and physical tics that make the best sales’ people do what they do so well.  We are all adjusting to this and continue to “collaborate” but there is an intangible piece of social engagement that is missing.

The principle that social interaction is good for growth is hardly new. Alfred Marshall, the Victorian economist, wrote about the “agglomeration effect” created when companies and workers cluster and ideas, technology and best practices are shared. It’s why cities are the engine of prosperity today and is the closest that economics comes to believing in magic. It is this impact upon which cities were founded, and why a million journeys have started with brave souls seeking their fortunes on “streets paved with gold”.

So, are cities really going lose their lustre after centuries of being hubs for innovation? Alfred Marshall also pioneered the thinking around supply and demand, whereby the price and output of goods are determined at their intersection. From our data, I believe we were seeing before lockdown that city demand for office space was slowly cooling as the requirement for urban centres levelled off.  The great remote-working experiment had already begun pre-Lockdown, not because workers had abandoned the office but because there was a greater variety of spaces available to them.

The city commute appealed for three days a week to meet up with colleagues and clients, but the other days’ work could just as easily be served by two days remote-working whether that is at home or in a more convenient office nearby. Supply of regional office space will need to increase to match this new demand, and, if our predictions are right, then that demand is going to mushroom but on a flexible basis.

We are not living in the ‘new normal’ now – we are mostly still living under lockdown.  When we return to the office – and I believe that most of us will – there will be another challenge to employers for companies of all sizes. They will have to work harder to provide an excellent, safe place that inspires their workforce and get them back to a desk as many days as required to be productive.

The “office” is no longer a neo-Taylorist space of precision, and professional efficiency (with a heavy dose of presenteeism). In fact, the city centre workspace and its arduous commute is probably quite the opposite of efficiency on a five day a week basis given the time / cost and environmental inefficiency.

But to ensure that the intangible capital of innovation, creativity and knowledge proliferates then you better believe that companies of all sizes are going to work a lot harder at providing innovative, services-led workspaces that staff want to show up to; at least some of the week. This is the brave new world of the office – space as a service, a place for ideas and meeting up, in an environment that matches the need for the intangible capital generated by a chance encounter.

Rich, female and over- 45? It`s much more likely you thrived during lockdown Casting a spell on the future of work and workplaces