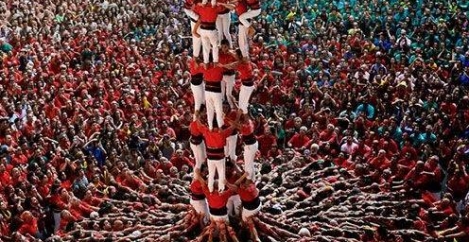 The ladder of life, the death of work, the cane toad of property and some other stuff 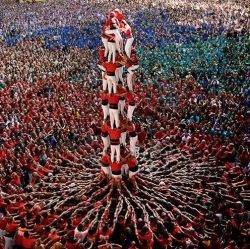 We start with a question. Why hasn’t the gig economy killed traditional work?, asks Greg Rosalsky and goes on to explain what many people have now realised. The answer, as Greg points out, is that the gig economy doesn’t replace traditional work, never has, and the rise of casual work of this kind has primarily been a way for people to deal with a volatile labour market and shrinking real incomes. Offer them the choice of a decent monthly income, benefits and a contract and most of them will take you up on it.

Basically, the question is of the same type as ‘if we’re evolved from monkeys, why are there still monkeys?’ beloved of creationists. And it’s just as stupid. As are all those arguments made about the death of face to face communication, the office, chairs, desks and whatever. The golden rule is that the new doesn’t do away with the old if there’s an environmental niche for both.

The curious non-death of facilities management

The shift in the real estate sector is driven by the effects of the invasive species known as WeWork, the cane toad of the commercial property domain

Which brings us on to this piece declaring the death of facilities management from Frans van Eersel, head of workplace for Netflix in EMEA. Now, he has a point, especially in his own case about the shift in focus and brand. It’s obvious he is more drawn to the idea of a workplace discipline than a facilities one and sets out the reasons why. But what he says does not mean the death of FM, because what FM does will always be essential and, as I’ve argued before, the two disciplines co-exist already and share DNA.

One sector that is having to address this speciation event is corporate real estate. Go to any commercial property bash such as MIPIM or CoreNet these days and you’ll find the focus has shifted from deal making to talks about wellbeing, flexible working, engagement and the workplace experience. This shift, and the often clumsy way the sector still makes of talking about it, is driven partly by the general change in work cultures, but also by technology and the effects of the invasive species known as WeWork, the cane toad of the commercial property domain.

Not that WeWork isn’t facing its own challenges, especially as it grows and swallows up larger parts of the market. It’s $2 billion loss is making investors jittery, according to this piece in Bloomberg.

Increasingly, lenders in Europe are cooling toward the co-working giant, which started with six floors in a tenement-style building in New York’s SoHo district nine years ago, and now has 45 million square feet (4.2 million square meters) of office space around the world. For context, that’s nearly equal to all the office space in downtown Philadelphia.

A number of banks and investors that have financed WeWork-leased buildings are cautious about doing more. The following account of how lenders are backing away from WeWork in Europe is based on interviews with executives from 17 banks, credit funds, landlords and real-estate debt brokers, who asked not to be identified discussing a specific company.

On to happier subjects now, such as happiness itself. Turns out the happiest country on Earth is Finland followed by its fellow Scandinavian nations and other chilly liberal social democracies such as the Netherlands, Iceland and New Zealand. The report’s authors cite the social safety net and a good work-life balance as key indicators of happiness levels but maybe it’s because they’re all beer drinking nations if you want to mix up your correlations and causations.

But hold on a minute, interject some other researchers (including two from Denmark), these reports use the potentially one dimensional Ladder of Life Scale to arrive at their conclusions, we think you’ll find it’s more complicated than that and we can learn plenty about happiness and wellbeing by looking at other countries, including those in the sunnier climes of Southern Europe.

So far, the conventional approach to mental health in Europe focuses on the treatment and prevention of mental illness, as well as efforts to destigmatise poor mental health. While these are valid, they are reactive and focus on risk factors for poor mental health rather than on how to promote and maintain positive mental health and well-being.

Work plays a major role in determining our levels of happiness and general wellbeing and a growing number of pieces are highlighting that there is something off about the way we think about work and its role in our lives. This is a multi-factorial challenge but a good starting point would be to reassess our habits and routines, an issue raised in this piece which argues that we need to consider which of our routines act in positive ways in our lives and which do not.

One bad habit we seem to find it hard to break is an obsession with productivity, efficiency and time management. We were supposed to have killed off scientific management (there we go again), yet according to this piece in the New York Times, we can discern its vestiges in the way we strive to structure how we work. We do things without stopping to ask why we’re doing them.

Often our productivity struggles are caused not by a lack of efficiency, but a lack of motivation. Productivity isn’t a virtue. It’s a means to an end

Often our productivity struggles are caused not by a lack of efficiency, but a lack of motivation. Productivity isn’t a virtue. It’s a means to an end. It’s only virtuous if the end is worthy. If productivity is your goal, you have to rely on willpower to push yourself to get a task done. If you pay attention to why you’re excited about the project and who will benefit from it, you’ll be naturally pulled into it by intrinsic motivation.

Which brings us to a final beam of positivity from the British Psychological Society which asks us to ignore the darker recesses of human behaviour and instead focus on the good, at least for a while. The report sets out those traits which are correlated with high levels of life satisfaction, agreeableness, self-transcendent values, compassion, empathy and belief in the good of humanity.

Finally, a song you know but maybe don’t know you know.

Brexit, Brits and blending: what MIPIM told us about the state of corporate real estate Businesses urged to pay suppliers on time or risk losing out on government contracts