The most vocal debate that has followed the BIFM’s change of identity to the Institute of Workplace and Facilities Management remains that focused on the issue of taxonomy. We are being asked to consider, as part of a sometimes bad mannered debate, whether facilities management is part of the workplace ecosystem or vice versa and which profession – typically designated as IT, HR and FM – is best placed to become the apex beast in this particular jungle.

In many ways, the people involved will be well rehearsed in many aspects of this spat. The facilities management profession (or discipline, whatever) has spent the entirety of its thirty-or-so year existence immersed in an enduring and possibly unsolvable existential crisis. It’s been tiresome for a long time but at least most people with any history in the sector are well prepared for the current to and fro that passes for debate on the subject.

The issue of whether the BIFM should even include the W-word in its title has been generating strong emotions since first announced. The idea that it shouldn’t is evidently a core belief for some people, so has been met with the reaction you’d expect to a thing they consider heresy. It is the Scopes Trial without the worldwide interest.

Indeed, one of the UK’s most prominent and well-known FM figureheads, Martin Pickard, draws explicit parallels with the Tree of Life in his famous chart of the roles of facilities management. There, tucked away on one of the tree’s many twigs is the word ‘workplace’ and many clearly believe it should stay there, whatever anybody else says or does.

It would be easy to suggest that the opposite is true, and some people have. From their point of view, the idea of workplace encompasses a much wider scope of issues, hence its association with a spectrum of professional disciplines. They argue that facilities management is an element in the workplace ecosystem, primarily focused on the management of physical assets.

If you want an analogy for what is going on here it can be found in Gulliver’s Travels. In Lilliput, the nation was riven with internecine strife about the best way to eat a boiled egg. The Big-Endians opened their boiled eggs at the big end and rebelled against the king who had decreed that subjects should break their eggs at the little end, based on a traumatic event that befell his grandfather while opening an egg. The dispute eventually leads to war with the neighbouring island of Blefuscu, which uses the dispute as an opportunity to stir things up with its adversary. Add your own topical reference.

“It is allowed on all hands, that the primitive way of breaking eggs before we eat them, was upon the larger end: but his present Majesty’s grandfather, while he was a boy, going to eat an egg, and breaking it according to the ancient practice, happened to cut one of his fingers. Whereupon the Emperor his father published an edict, commanding all his subjects, upon great penalties, to break the smaller end of their eggs.

The people so highly resented this law, that our Histories tell us there have been six rebellions raised on that account, wherein one Emperor lost his life, and another his crown. These civil commotions were constantly fomented by the monarchs of Blefuscu, and when they were quelled, the exiles always fled for refuge to that Empire.

It is computed, that eleven thousand persons have, at several times, suffered death, rather than submit to break their eggs at the smaller end. Many hundred large volumes have been published upon this controversy: but the books of the Big-Endians have been long forbidden, and the whole party rendered incapable by law of holding employments.

During the course of these troubles, the emperors of Blefuscu did frequently expostulate by their ambassadors, accusing us of making a schism in religion, by offending against a fundamental doctrine of our great prophet Lustrog, in the fifty-fourth chapter of the Brundecral (which is their Alcoran). This, however, is thought to be a mere strain upon the text: for their words are these; That all true believers shall break their eggs at the convenient end: and which is the convenient end, seems, in my humble opinion, to be left to every man’s conscience, or at least in the power of the chief magistrate to determine.”

Now all of this was no doubt fascinating for the Lilliputians themselves but it was of little consequence for anybody else, assuming they were aware of the struggle at all. It was all ludicrous in fact, because to outsiders the egg was just an egg however you cracked it open.

When we apply this analogy to the current debate about what the BIFM is doing, from an outsider perspective it’s easy to conclude that the Fac-Endians and Work-Endians both have a point but are misguided and there’s no need at all for the rancour. If you accept that the notion of ‘workplace’ covers the digital and cultural considerations as well as physical workspace – which it does – then you can see that it has a clear overlap with FM, but what arises from this could never be described as an overarching discipline. The same is true of facilities management.

So, we are not talking about taxonomy but overlapping magisteria, to paraphrase the evolutionary biologist Stephen Jay Gould. I’m sure many of the FM sector’s most prominent practitioners as well as the rank and file membership will be pointing this out to the BIFM as the debate evolves, but if they do so on the basis that workplace is a minor offshoot of FM, then they are hopelessly and anachronistically wrong.

The very idea of a distinct workplace discipline is a reflection of the way we work now. It’s still common for people to confuse the office with the workplace and it would be a shame if many of the UK’s FM practitioners were unable to make the distinction themselves. A workplace management discipline inherently accepts that the office is an important part of the work ecosystem, but it is just one part. 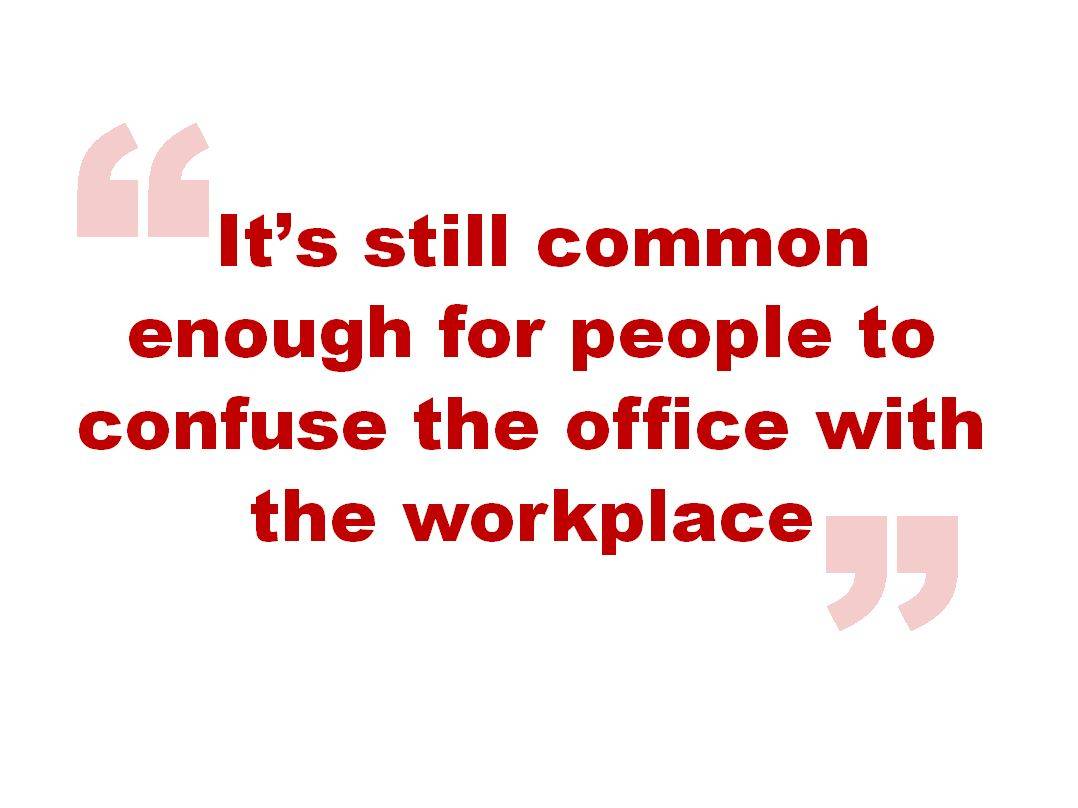 And it’s a part of a system that is too diverse to fall under one monolithic discipline so it’s extremely likely that we are trying to define the undefinable. Even now you would be hard pressed to find two facilities managers in different organisations who do exactly the same job, let alone cover the gamut of roles described in Martin Pickard’s visualisation.

It might well be that the Fac-Endians perceive what the IWFM has done as an existential threat. It shouldn’t be. Ostensibly this is because workplace appears to be a more visible, if not more sexy, discipline. Facilities management is one of the often unseen forces that make the world work for us all. Unfortunately, this is taken for granted until it isn’t there or until it’s pointed out.

This characteristic of the FM profession is a point that has been made many times, including excellently by Simon Heath here and in an outstanding Aeon essay here. I am also grateful to Neil Usher for pointing out to me a quote from Kurt Vonnegut on the same subject.  “Another flaw in the human character is that everybody wants to build and nobody wants to do maintenance.”

It is an unfortunate truism for those involved in making it happen, but we never think about the resources, infrastructure and army of smart and hard working people that make it possible for us to do something as mundane as flick on a light switch. As long as it works we barely acknowledge it. This is equally true for the work of countless professionals in our offices, which goes unheeded until things go wrong. This is perhaps one of the defining characteristics of the FM’s burden and explains much of the agonising about identity and the endless calls for the profession to get the recognition it deserves. It could be that the one of the most valid criticisms of the IWFM’s change of an identity is an acknowledgement that it is moving on somewhat before this particular battle is won.

Yet, I can see why the BIFM is proposing its name change and shift of focus, as I suggested in a recent comment piece about the profession. It may be that the battle for recognition cannot be won by attrition. The current identity of the facilities management profession was conceived in the late 20th Century, and the way we work is now very different. However successful the profession has been in developing its structure and identity, it must evolve. 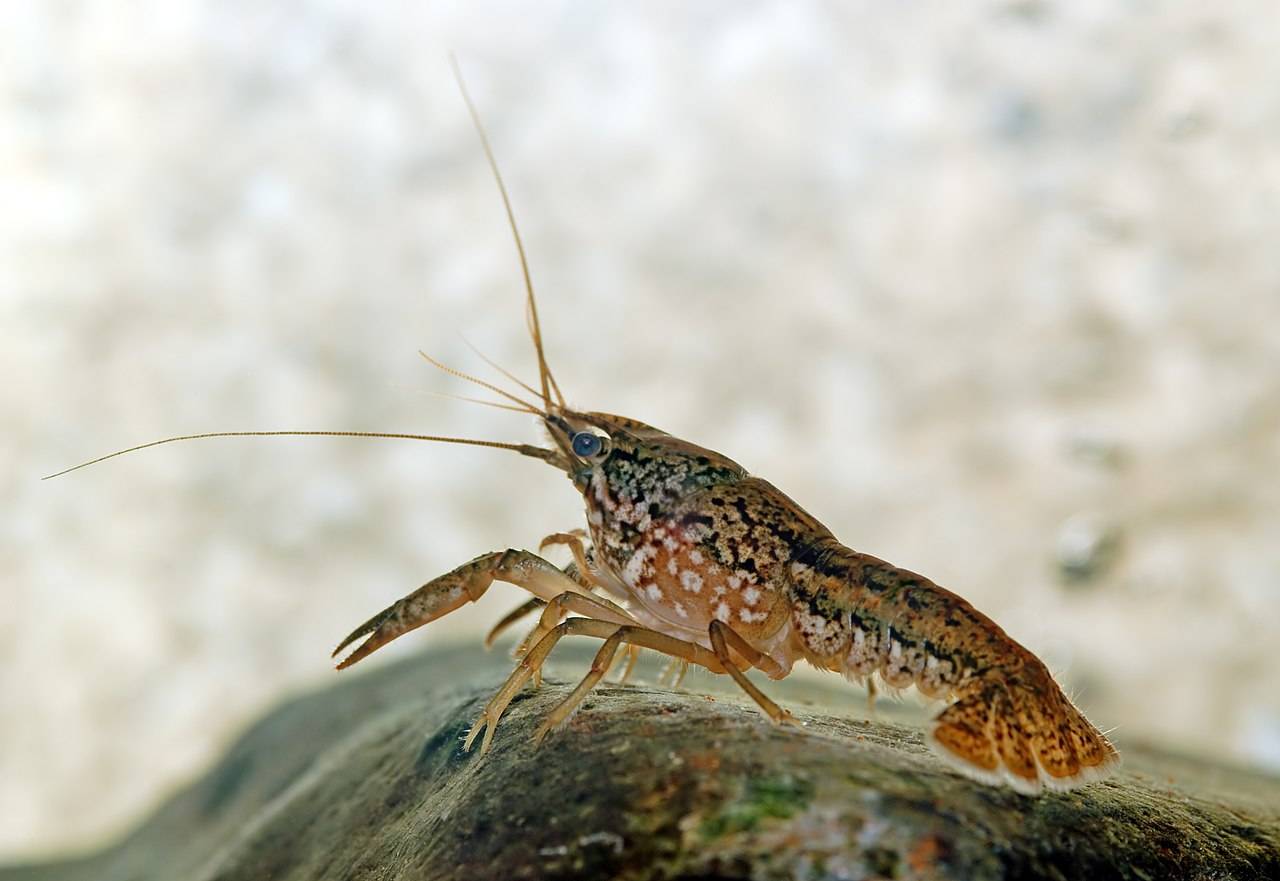 If you want a final analogy from the natural world it is this. A creature called the marbled crayfish, which was similarly formed in the 1990s, is spreading rapidly around the world because it reproduces asexually by cloning itself. All of the animals are female. The process of parthenogenesis is common enough in the natural world, but these particular creatures are able to produce offspring at an alarming rate, hence the worldwide explosion in their numbers.

But they’re doomed. The reason animals mate is to splice DNA to create new forms that may be better adaptations to changing environments. The marbled crayfish may be well adapted to its current ecological niche, but without the ability to produce slightly different offspring it will eventually find itself in one in which it cannot survive.

I’m not suggesting that the IWFM’s change in focus represents a speciation event. Nor am I suggesting that it needs to evolve or die, but without adaptation in a rapidly changing world, it will find itself unable to thrive in the way it would like. I think this is the underlying motivation for its proposed shift in focus and it would be a shame if too many people resist a change that is adding to the notion of what it is they do without taking anything away.

Main image: The King of Brobdingnag and Gulliver by James Gillray – Metropolitan Museum of Art