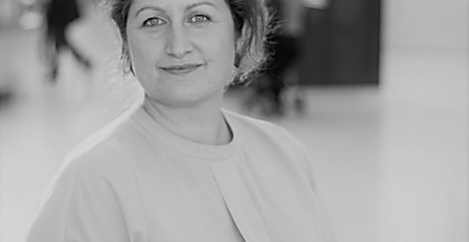 The philosophy of wellbeing: Elina Grigoriou in conversation 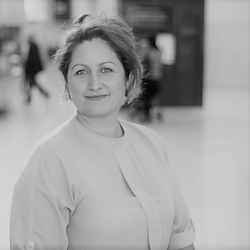 Elina Grigorou is the author of a fantastic book called Wellbeing in Interiors: Philosophy, Design & Value in Practice. The book looks not only at the ways organisations can use design to address the wellbeing of individuals, but also the impact this approach has on them as individuals in terms of their creativity and productivity. This in turn can have a transformative impact on the organisations for which they work.

Crucially the book also looks at the philosophical underpinnings of wellbeing as well as the hardwired physical and psychological characteristics of people that mean many of the things we know about wellbeing have been apparent for hundreds or even thousands of years.

In this episode, Elina is in conversation with Mark Eltringham in the first of a series of Wellbeing Matters podcasts in partnership with Wellworking. The idea for the series came about because of a debate that took place in 2018 and hosted by Wellworking featuring several of the people who have taken part in this series. What became apparent during that discussion was that while wellbeing is one of the most talked about workplace issues it is also one of the most complex, nuanced and yet misunderstood. This series aims to consider the facets of that issue in a sophisticated, informed and provocative way.

I’d like to thank Wellworking for helping us to create this series of podcasts as well as all the incredibly well-informed and wonderful people who have taken part. This is a very important debate, one capable of changing lives, but it’s one that generates too little light as far as I’m concerned. Our hope is that this this series will reshape the conversation about wellbeing and it’s certainly the case that we couldn’t have worked with better people in its creation. I hope you enjoy the rest of the series.

Elina Grigoriou is a London-based Interior Designer, Sustainability and Wellbeing Expert who passionately believes that style and sustainability can be mutually inclusive. With 18 years experience in the commercial interior design sector, she has extensive knowledge of human-centric design to complement her natural creative talent and passion for sustainability. She is an industry specialist in designing for wellbeing, conducting research and applying knowledge at every opportunity, continuously raising awareness of best practice on designing for wellbeing and sustainability in the built environment.

Elina is a RICS Accredited SKA rating assessor, and her support and technical involvement in the SKA rating initiative since 2007, has been instrumental in bringing the system into effect. She represents GI as a RICS SKA Development Partner, is the SKA Technical Advisor to the RICS, and is Chair of the SKA Technical Committee; in addition, she advises on its future development and international expansion. In 2017 Elina was awarded Honorary Membership to the RICS in recognition for all her dedication and work promoting sustainability in the property sector.

All of the Workplace Insight podcasts are available on Soundcloud, Spotify and iTunes, or simply listen online below.

Personal space is not merely an issue of hygiene, but a biological imperative Half of employees say their job is main source of mental health challenges