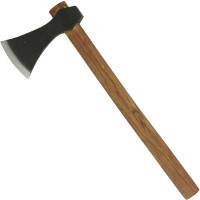 According to a new report from CBRE, nearly three quarters (72 percent) of investment banks based in London are looking to cut their corporate real estate portfolios over the next two years as they adjust to a changing global market for their services as well as structural changes in the UK’s regulatory framework.  As well as trimming London based properties, the report says that banks will continue to relocate functions to the UK regions in an effort to reduce costs.  Since the low point of 2009, rents in the City of London have increased from £42.50 per sq ft to about £55 per sq ft. The survey also found that just over a third (34 percent) of banks expect to see cuts as a result of mergers and acquisitions in the sector.

Frances Warner-Lacey, senior director, central london tenant advisory group at CBRE said: “London’s cultural advantages, its preferable time zone and reputation as a world class city means that the best talent and biggest institutions still want to be based here and we don’t expect to see a shift in sentiment. The pressure on the banks in recent years has undoubtedly had an impact on their real estate requirements and recovery in the sector is likely to be slow in an environment of tighter regulation.  That said, there are signs of growth in M&A activity, financial technology and asset management and this represents some positive news for London.”