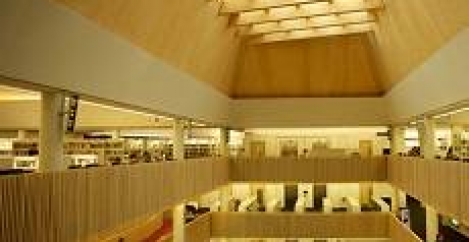 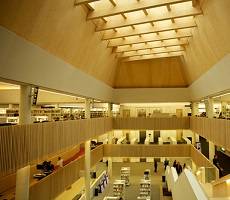 Environmental engineers Max Fordham have been named Gold Award winners in the 2015 Ashden Awards which champion sustainable buildings. The firm, which was the recipient of the Ashden Award for Sustainable Buildings, works with architects to minimise the energy requirements of new buildings. This results in buildings that can meet many of their own lighting, heating and air conditioning needs through measures such as harnessing natural light and ventilation. Its work on new buildings – such as the Hive [pictured] can cut carbon emissions by up to 50 percent. Demand Logic, a clean tech company that helps large buildings make big savings on their energy bills, won the 2015 Impax Ashden Award for Energy Innovation for a cloud-based system which plugs into the management system of commercial buildings and detects what it calls ‘energy insanities’ where, for example, energy sapping systems such as boilers are left on when not needed.

The Ashden Judging Panel said: “Max Fordham is pushing the boundaries in the design of sustainable buildings. It doesn’t just work closely with architects to create beautiful buildings that have the highest standards of energy efficiency and are pleasant to work or live in; its focus on working with occupants to get the best out of their buildings is exemplary. The company should be applauded for its trailblazing role in driving up standards across the entire sector.”

Guy Nevill, Senior Partner at Max Fordham said: “In 2016 our practice celebrates its 50th anniversary. For five decades we have strived to make a significant impact on the sustainability of the built environment. To be recognised by an organisation with the gravitas of the Ashden Awards is very gratifying.”

Other recipients of awards, which were presented yesterday evening; included the Borough of Islington, which won the 2015 Ashden Award for Reducing Fuel Poverty, and Brecon-Beacon based TGV Hydro, which received an Ashden Award for Community Energy.