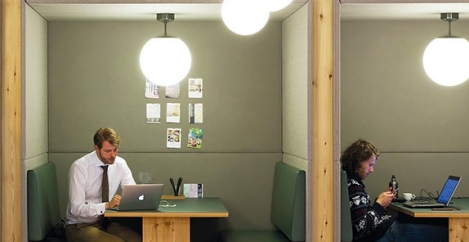 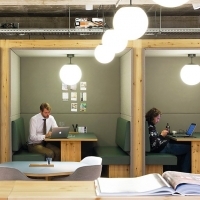 The UK civil service is set to pioneer a widespread hybrid working strategy with the announcement of a new deal with serviced office provider IWG. The details of the deal, reported first in The Telegraph newspaper (paywall), will include the creation of a nationwide network of ten coworking spaces for the use of civil servants when they are not in London. The report suggests that up to 430,000 employees could now have a better chance of adopting a hybrid working culture.

The move will sit alongside the Government’s levelling up programme which aims to redistribute civil service jobs across the country, as well as the One Public Sector Estates scheme, which encourages government bodies to share and rationalise their real estate portfolios.

“We’ve signed up more companies in the last six weeks [to] two months than we’ve signed up in our entire history, it’s a big change to hybrid working,” said Mark Dixon, chief executive at IWG. He said the shift in the UK was among the largest that IWG, which operates in more than 110 countries, has seen globally.

“London’s going to have to rethink its whole raison d’etre,” Mr Dixon said. “It’s still going to be very important. But it’s a very expensive place to work for individuals in their time and their commute and companies because London’s very expensive per square foot.”

A feature on public sector estate strategies can be found in the upcoming issue of IN Magazine, out this week.