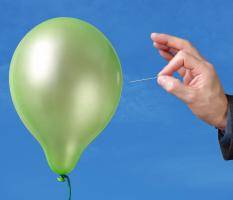 Britain’s leading political parties are failing to provide visible and consistent green leadership, threatening two decades of steady environmental policy progress in the UK, warns an influential group of charities today. In The Green Standard 2013, seven leading charities, including WWF, the Green Alliance, Greenpeace and Campaign for Better Transport, assess the green performance of coalition ministers and Labour shadow ministers since the last general election, reviewing the parties on four key areas: the economy, communities, nature and international leadership. The report concludes that none of the parties has a coherent environmental programme and there is no consistent public leadership on the environment from any of the party leaders.

According to the report after a promising first few months, the coalition government and the UK’s senior politicians have been largely silent about the UK’s environmental goals. The prime minister’s promise that he would lead “the greenest government ever” has been devalued by the chancellor’s framing of high environmental standards as a threat to economic success.

This finding echoes that of Climate Check, An analysis of the government’s delivery of its low carbon commitments published by Green Alliance, Greenpeace, RSPB and Christian Aid two years ago which alleged the Government had made either moderate or no progress on 22 of its 29 low-carbon commitments. Today’s report says that David Cameron has failed to address the growing scepticism about climate change in the Conservative Party and that, as prime minister, he needs to signal stronger support for UK green policies.  However, a number of Conservative ministers are praised for their performance in international negotiations.

The Green Standard 2013 is equally critical of the other two main political parties, stating that the Liberal Democrats have made an impact on low carbon decisions but have failed to make the environment central to their governing project; they are subsequently losing their identity as a “green party”.

And while Labour in opposition receives recognition for supporting the development of a low carbon economy, the review concludes that there is still “no real sense that the environment is at the heart of One Nation Labour.”

Matthew Spencer, director of the think tank Green Alliance, which edited the review said: “In private our party leaders speak eloquently about the importance of environmental stewardship to their political mission, but they have rarely made the case publicly since the election. As a result the coalition has lost momentum as a reforming government seeking to be green. The opposition is raising its game, but has been slow to develop the policy ideas necessary to realise its ambition.”

The review identifies the most significant ministerial interventions of the past three years:

• Conservatives: George Osborne has framed environmental policy as an obstacle to growth, not as a route to prosperity. William Hague, Richard Benyon and Greg Barker are praised for their leadership in international negotiations.

• Labour: Ed Miliband and Ed Balls have shown promising leadership on the low carbon economy. But Labour has not developed a programme for delivering its green ambitions.

• Liberal Democrats have won some significant battles on climate change. But Ed Davey’s performance on the detail of electricity market reform has been patchy.

UK staff showing higher levels of happiness – except those in finance sector 100% Design: Holding a mirror up to the way we design and manage workplaces