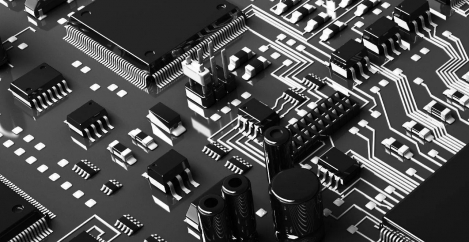 Embracing the inevitable rise of the robots in the workplace 0 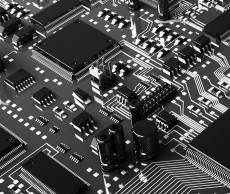 We often have reason these days to speculate on the truth of an idea known as Amara’s Law. First coined by the researcher Roy Amara it states that “we tend to overestimate the effect of a technology in the short run and underestimate the effect in the long run”. But defining what we mean by short and long term can be very difficult when technology is changing so quickly. Nothing better illustrates this than the issue of how automation will transform society and workplaces. For the past few years, the effects have mainly been the subject of academic and scientific research alongside some lurid headlines in the mainstream media. So, a fairly typical 2013 paper from researchers at Oxford University assessed the risk faced by over 700 professions and discovered that nearly half of all jobs in the US could be categorised as at high risk of automation. Less academic studies such as a report published last year by Deloitte draw similar conclusions.

By the time all of these reports are filtered by the media, however, we were left with the impression that robots were coming for our jobs. While true in essence, the practicalities are likely to be somewhat more mundane. Much as we might like to think of Blade Runner and an army of replicants living alongside us, the reality is more likely to involve software and processes taking on a growing number of the roles currently occupied by humans. Some jobs may be more at risk than others, as all the studies show, but the effects will be felt by everybody.

Of course all of this has profound implications for both the global economy and society, which is why the challenges created by automation are now of such great concern to policy makers. Last year, the House of Lords published a report into the effects of the next wave of technology called Make or Break: The UK’s Digital Future. The report argues that the next 20 years will present the UK with a range of profound challenges and opportunities not least the particular issue of what to do about the prediction that up to 35 percent of UK jobs will be automated over the next two decades.

The subject was discussed at January’s Davos conference, much of it informed by a report published by the World Economic Forum to coincide with the event. The WEF’s Future of Jobs report  calculated that current disruptive labour market trends, including improvements in artificial intelligence, cloud technology, the Internet of Things and flexible working arrangements, could lead to a net employment loss of more than 5.1m jobs over the next four years in the it 15 countries surveyed. The report estimated that new trends would result in a total loss of 7.1 million jobs – two thirds of which are concentrated in the office and administrative functions – and a total gain of 2 million jobs.

The problem with the WEF report is that it is based on the perceptions of HR managers, and so it may underestimate the impact of new technology on jobs compared to the Deloitte and Oxford University studies, for example. In other words, it meets the requirements of Amara’s Law and so it would be a shame if the world’s policy makers based their ideas on the immediate challenges rather than the more profound longer term issues.

One person not making the same mistake is the tech entrepreneur Martin Ford who in his recent book The Rise Of The Robots sets out a possibly apocalyptic scenario in which pretty much all process based work is automated, including in current middle class roles that will spell an end to our current economic systems. This does not mean that everybody will be unemployed, sitting around indolently growing fat while robots cater to their every whim like the humans in Wall-E, although that may well be the upshot  for some. For the majority, it means a reinvention of our relationship with work.

The signs of this are already with us. As a recent report in the Economist highlighted, we have already experienced a dislocation between work and wealth, especially the direct link between the number of people employed by a business and the amount of revenue it is possible to generate. General Motors was once amongst the largest and most commercially successful firms on the planet and employed people in appropriate numbers. In 1979, GM employed 853,000 people worldwide and was the largest private sector employer in the US with nearly 620,000 employees. Its operations supported hundreds of thousands of other jobs in related industries. It could lay claim to being the figurehead of capitalism if not necessarily the world’s most successful company with turnover of over $66 billion in that year. In 2015, this mantle had passed to tech firms like Microsoft. Yet it turns over around $94 billion but only employs 119,000 people. Similar patterns are evident at Apple ($234 billion with 115,000 people) and Amazon ($89 billion with 222,000).

However, these are all companies that actually produce something that people are willing to buy. Several new operations which produce nothing tangible make the point even more forcibly that revenue is no longer linked to employment. Facebook ($13 billion turnover and 10,000 people), Google ($66 billion with 60,000 people) and Twitter ($1.4 billion with 3,900 people).

The advent of job greater automation will hasten this process and ultimately make us question the whole relationship between people and work. For a start, Governments will have to address the issue of what to do when the economy consists of a section of the population which continues to work in full time jobs that rely on relationships, creativity and decision making, another section which works part time and in the gig economy and yet another which has little or no prospect of any form of paid work.

We already know one possible way this conundrum might be resolved. It depends on an entirely new economic system in which a country creates wealth and redistributes it to all citizens in the form a basic income. The Dutch city of Utrecht is already trialling such a system to judge its effects and Switzerland is set to vote on a new policy of paying its citizens around £1,700 a month regardless of how much or little they work. What they earn above this is then up to them.

This is not just about money, according to the advocates of these basic income policies, but also about happiness. Certainly this is one  of the measures laid out in the Utrecht experiment and there is reason to  suppose that will prove a success. A study of 300,000 people published this week in the UK suggests that the happiest age group are 65-79 year olds, perhaps because they no longer have to worry so much about balancing work with their other commitments and are more focussed on their own happiness and wellbeing.

And what of those people who will still continue to work in this  new world of automation? There are reasons to suppose that they will enjoy greater control of their time. By removing the drudgery of process driven tasks, they should be able to focus on those things at which humans excels, not least their ability to form relationships, collaborate and have great ideas. They  may even be able to do it all in less time because of another well known business maxim called Parkinson’s Law which states that work expands to fill the time available for its completion. Over the past twenty years we’ve seen the negative aspects of this as work has encroached more and more on our once private time. There’s a good chance that the rise of the robots will reverse this process.

So, while there is no doubt that the automation of work will be just as transformational a processes those that drove the Industrial and Digital Revolutions, driving huge social, commercial and economic changes but there is still a good chance that we will be able to achieve positive outcomes as a result, not least in allowing us to focus more on those things at which humans will continue to excel.