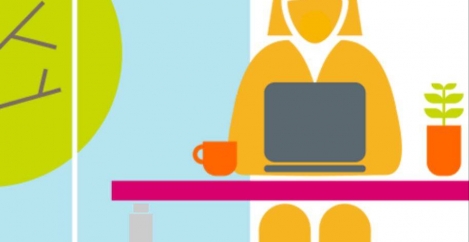 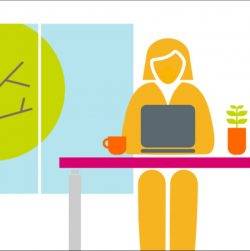 Just as in physical health, everybody has a level of mental health. And while companies have begun to offer corporate gym membership discounts, bowls of fruit around the office, monthly massage and investment in huge amounts of ergonomically supportive furniture to try to assist their colleagues in maintaining a good level of physical health, few seem to be getting to grips with their colleagues’ mental wellbeing, despite the reality that they are dealing with huge numbers of employees who struggle.

Last year Theresa May pointed out that if you broke your arm, people would approach you and talk to you about it, whereas if you have a mental health problem, people are more likely to avoid you. A government report that followed the Prime Minister’s comment, titled Thriving at Work, revealed that a staggering 300,000 people leave their jobs each year due to living with a long-term mental health issue, at a rate significantly higher than those who are forced to leave by physical health issues.

A year on from the publication of the Thriving At Work report, delegates at Mad World, a forum aimed at opening up discussions about mental health and wellbeing in the workplace, learned of the continuing scale of the issue.

Conference Director of the Mad World forum, Claire Farrow, claims that the conference is Europe’s only solutions focused conference and exhibition, with a clear mission: “to eradicate stigma and spark a new era of mental health and wellbeing in the workplace”.

Various speakers from across industry relayed personal accounts of how their own lives and businesses had had to come to terms with mental health issues. Delegates heard of cases of anxiety, depression, panic attacks, PTSD, sleep deprivation and even suicide. Any feelings that the day might be a new bandwagon conference shouting about on-trend workplace subjects disappeared as fact after sobering fact was read out.

For example, did you know that 95% of people who call in sick due to stress will lie about the nature of their illness, preferring to falsely claim a physical ailment? That it is estimated that 300,000 people in the UK leave their workplace each year due to some form of mental health issue? That men working in construction and decorating roles are 35% more likely to take their own lives than others or that female nurses 24% more likely than the national average for women?

When Louise Aston, Wellness Director at Business in the Community, stepped up to present a summary review of a survey BITC had conducted in early 2018, she revealed that 61% of respondents had experienced a mental health issue due to work or where work was a contributing factor. What’s more, 11% of the survey’s respondents who had disclosed a mental health issue subsequently faced disciplinary action, demotion or dismissal.

“Ordinarily, strategic enablers to enhance business performance of an organisation? Normally a major change program would be behind this.” Says Geoff McDonald, campaigner & consultant at Minds at Work and keynote speaker at Mad World.

Aside form the very real human impact of people living with poor mental health, there is a solid business case for companies to begin taking practical steps towards improving the support they give to their employees. The effects of poor mental health forcing staff to have to take time off, to job losses and presenteeism – a situation in which someone attends work but, due to illness, is less effective at their job role – are estimated to cost the economy up to £91 billion a year.

An analysis by Deloitte examining existing workplace interventions identified potential to generate a return to business of between £1.50 and £9 for every £1 invested into simple wellness practices such as CBT. Budgets towards strategies to promote good mental health and helping employees manage theirs are there for many companies – health & safety measures are planned into the running costs of a lot of businesses.

Additionally, promoting good mental health in the workplace can improve staff retention and attract a wider scope of job applicants. We know that generations X & Z look to be employed by forward thinking companies that treat their employees with respect, who foster a culture of trust and support and support wellbeing in their practice.

So what’s going on? If the figures are out there, that masses of us are struggling with coping with balancing mental health issues and work, and that to invest in fighting the issue would financially benefit everyone, why aren’t businesses on it?

The answer seems to be horribly simple – nobody talks about mental health because, historically, it has been considered an embarrassment to have a mental health issue. And as long as nobody talks about it, no budget is put aside for staff training, or investment in professional assistance. As Geoff McDonald remarked “If you cannot have the discussion, nothing can change.”.

Of course not every company feels they can afford to invest in therapists or even training staff on how to help employees with long or short-term mental health issues. However, strategies can still be put in place in this case.

Because actually, the thing most effective in helping employees who are suffering with a mental health issue is free of charge: talking. Let’s talk about mental health, let’s talk to people who need support and let’s listen to what they need. That may well be the change that is so sorely needed by hundreds of thousands of people to give them a positive future.

To end, a quote from the best president the United States never had, Bobby Kennedy, who even in 1968 seemed to know the power of talking about mental health, welfare and wellness:

Even if we act to erase material poverty, there is another greater task, it is to confront the poverty of satisfaction – purpose and dignity – that afflicts us all.

It counts special locks for our doors and the jails for the people who break them. It counts the destruction of the redwood and the loss of our natural wonder in chaotic sprawl.

It counts napalm and counts nuclear warheads and armored cars for the police to fight the riots in our cities. It counts Whitman’s rifle and Speck’s knife, and the television programs which glorify violence in order to sell toys to our children.

Yet the gross national product does not allow for the health of our children, the quality of their education or the joy of their play. It does not include the beauty of our poetry or the strength of our marriages, the intelligence of our public debate or the integrity of our public officials.

And it can tell us everything about America except why we are proud that we are Americans.

If this is true here at home, so it is true elsewhere in world.

Gary Helm is the Founder of obo. More information at www.obolife.com. Image: Haworth