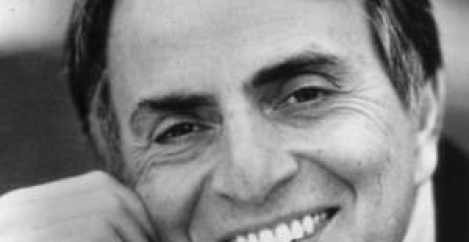 What Carl Sagan could teach us about knowledge and information 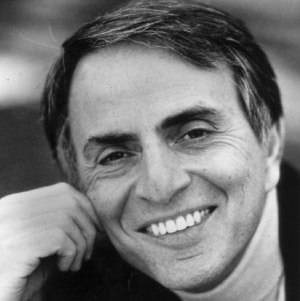 Unbelievably for those of us who saw him as a personal hero, yesterday marked the 24th anniversary of the death of Carl Sagan. At the time of his death in 1996, the Internet was very much in its infancy but Sagan could see what was coming, including how we need to filter what is valuable from the deluge of information we now bob around in. Sagan put it like this: “all of the books in the world contain no more information than is broadcast as video in a single large American city in a single year. Not all bits have equal value.”

We can well guess what he would have made of the way that the Internet and social media have become the sources of as much disinformation as information. As we absorb the news of  the imminent availability of a viable vaccine against Covid-19, we must also be aware that security services around the world are battling against the spread of anti-vax nonsense and governments grow increasingly frustrated at the inability of the giant tech media firms to manage what is published on their platforms.

As Eric Schmidt, the former CEO of Google was reported as saying recently, “the context of social networks serving as amplifiers for idiots and crazy people is not what we intended.”

This isn’t just about the quality of information, but our inability to process its volume. The sheer quantity of information we have access to compared to how much we find useful and the complexities involved with how we absorb and share it creates its own paradoxes, including the productivity paradox which means that the more productive we become, the longer the hours we work. For firms, the fear is that when people leave their employment, they literally walk away with the company’s knowledge.

The challenge  is not that employees can’t share what they know, but they don’t want to

This fear is self-evidently one of the driving forces behind the desire to work in open plan offices and also partly explains the  supposed flexible working backlash, both based on the idea that if people are sitting alongside each other, some of what they know will rub off on each other. A study published in the Journal of Organizational Behavior a few years ago highlighted the scale of the problem for companies and how technological solutions such as knowledge transfer software aren’t the answer to a problem that can be about human behaviour. Not only is there a distinction between knowledge (which can be in short supply) and information (which never is), the challenge  is not that employees can’t share what they know, but they don’t want to.

As well as hoarding knowledge for their own reasons, people are also inclined to hide knowledge from particular colleagues because they don’t trust them or want to weaken their position. The authors suggest a number of ways to overcome this including increasing levels of trust in the organisation, especially about sharing commercially useful information and encouraging face to face meetings and discouraging the use of email. Whenever academics get into this sort of thinking about knowledge management, the ghost of Frederick Taylor is peering over their shoulders.

What Carl Sagan may have pointed out about the managed creation of this pool of information is that by casting individuals indiscriminately into it, we do not ensure either that the most valuable knowledge and information is shared, nor how it is applied and learned. Without the appropriate context, culture, individual behaviour and personal ability we may merely be exposing people to an even greater challenge about how best to filter what they need from the tsunami of stuff that engulfs them each day. We don’t need more information. We need less but better.