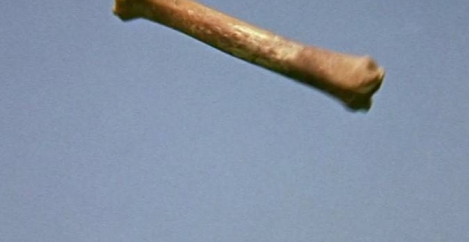 What is workplace technology really for, anyway? 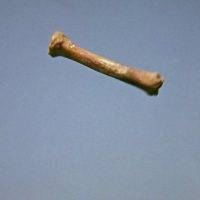 It’s a hot day on the Savannah, and our hero Jon picks up the tool that he uses to hunt and cut his food, and marches across the plain to complete the next big task of the day—survival. Even though Jon lived 2.5 million years before basic writing was developed, the tools he’s invented are the difference between eating or starving. Jon is one smart Ape, and he wasn’t even doing it for likes or followers. Of course, big Jon’s tool is not workplace technology as you might think about it, but it is in the truest sense.

In fact the term technology comes from the Greek words; techne and logos. Techne meaning skill, craft, or the way, or means by which a skill is gained. Logos meaning the utterance by which inward thought is expressed. Technology literally means a method that is learned then shared. Jon, the handsome Hominidae, didn’t just solve a puzzle, he worked out a solution and then passed that on to the others in his lineage.

The history of technology has always been about the invention of tools and techniques to help us progress, survive, manufacture, share and grow as a species. But I’m not so sure we’re staying true to that definition anymore.

Technology was always about amplifying the very best parts of humanity, so why have we started to deviate from that?

Technology is a vast arena, from Jon’s simple stone to complex genetic engineering that emerged during the 1980s. But what should never change is the same primitive goal of going further, being better, and surviving the changes of an ever-changing world. The measurement of success—the KPI—is the same if you’re ape-like Jon or a modern human walking down a street in one of the 4,416 major cities on earth; progression to a better state of being, and leaving something better than you found it.

With each new advance we gain new knowledge, which then enables us to create new things, and conversely, many technological endeavours are only made possible by other technologies which assist us in travelling to places we could not previously reach, or using scientific instruments to study nature in more detail than our natural senses allow. Technology was always about amplifying the very best parts of humanity, rather than eroding them. So why have we started to deviate from that goal?

Ask yourself this; “Does the technology you create or consume every day help you move forward?” If it doesn’t, then it’s probably a pollutant in the atmosphere causing the digital equivalent of acid-rain. Technological change affects and is affected by a society’s cultural traditions, and the big problem with today’s technology-first mindset is that it ignores that imperative and a new behaviour created as a by-product of a swipe-left or thumbs-up can cause substantial divisions across vast swathes of society. We haven’t stopped to question “why” we’re doing things.

At the beginning of the digital era, the massive data analysis resources necessary for running transatlantic research programs such as the Human Genome Project or the Large Electron-Positron Collider led to a necessity for distributed communications, causing Internet protocols to be more widely adopted by researchers. That inspired Tim Berners-Lee to create the World Wide Web. But modern digital communication has become a distortion of those early ideas.

I’m old enough to remember screeching modems and telling my flatmate not to pick up the phone because I was waiting 20 minutes to download an email. But now we take the speed of data delivery for granted, and this useful knowledge exchange has become much more of a time stealer than a problem healer.

Socrates warned that writing might create forgetfulness because people wouldn’t be able to use their memories, and I’m guessing that a lot of Silicon Valley pitches extol the virtues of technology, but probably don’t mention anything about the potential to remove words from teenagers’ vocabularies, or make thumbs stronger at the expense of non-linear, critical thinking. How many unicorns who gallop around the valley have a chief philosophy officer riding on their backs whispering “why” in their ear? None.

It’s not all doom of course, and if you dig down in the digital mud the spark of humanitarian connection is still there, it’s just had an awful lot of digitised-silage heaped on top of it. So when answering the question of “what is technology really for?” we’ve got to go back to basics; Ask how you want a human to feel, not what you want a user to do. Ask how we get the mud out the way, to divine for the gold.

Living in an Algocracy

Whenever technology brings a new way of doing something, we also find people bemoaning that advance

Whenever technology brings a new way of doing something, we also find people bemoaning that advance, and that friction is in overdrive in this new period of history. We’re in the mists of massive cultural acceleration, not just change. Changes that bring with it complexities we could never have predicted. It’s a time where what is next is now, and tomorrow it will be history. A time when tools and tricks are being super-powered by algorithms that will increasingly start to make decisions on our behalf. I’m calling this new algocracy the ‘agentive age’. A time where Artificially Intelligent technology takes the lead, and people go from using tools to merely managing them. Creating technology in this new agentive age is going to need an entirely different mindset—One of learner, not master. New measurements. New questions.

To succeed (survive?) we’ll need to go back to old Hominidae Jon’s methods of measuring success—problems solved, not clicks or likes generated. We’ll need to revisit the ideals of Berners-Lee and Reginald A. Fessenden, rather than looking towards social media influencers or celebrities for guidance.

If technology really does mean solving and sharing problems, getting better and evolving, then we need to be asking 1) Are we designing the next version of something that exists, or are we creating the best version of something new? 2) Will this new algorithmically generated whisper put the right words into the ears of the consumers? 3) What is the problem you’re trying to solve, and will this agentive technology create behaviours that we haven’t seen before, and if so, what are the implications of those behaviours? Finally, 4) Are you prepared to live with the knowledge that for every upside you create, the downside will be as extreme?

Keep being creative, and keep creating, but know your downside, and prepare accordingly—have an ethical framework, so that technology with agency and the ability to act independently will also be transparent. Don’t forget what technology is really for —uniting rather than dividing— and be more Jon the Hominidae, he had it right all along.

Pete Trainor is the co-author of Fast Forward Files: Opening Up, published by Molden Verlag, which is available now, priced at £28. For more details visit https://fastforwardforum.eu/